BOSTON - A Massachusetts zoo has welcomed an adorable baby pygmy hippo to its family.

The Franklin Park Zoo in Boston announced that their pygmy hippopotamus named Cleopatra, or Cleo for short, gave birth last week to a 13-pound calf.

"It's a boy!" zookeepers announced, marking the joyous occasion that has been years in the making at the zoo. 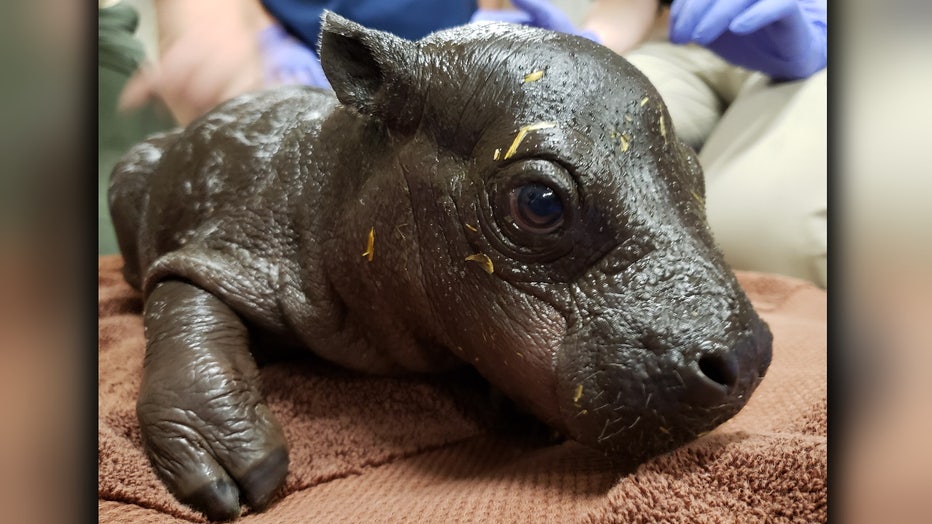 Cleo previously gave birth to stillborn calves in both 2018 and 2019 due to prolonged labor, keepers said.

That's why the veterinary team decided early on in this pregnancy that Cleo would be induced so vets could assist if needed.

Staff gave Cleo her first hormone injection on Oct. 3 to prepare her for labor, followed by a second injection 24 hours later.

Two days later, the mom-to-be began showing signs of labor but no contractions. When oxytocin injections did not induce contractions, the veterinary team manually delivered the calf. 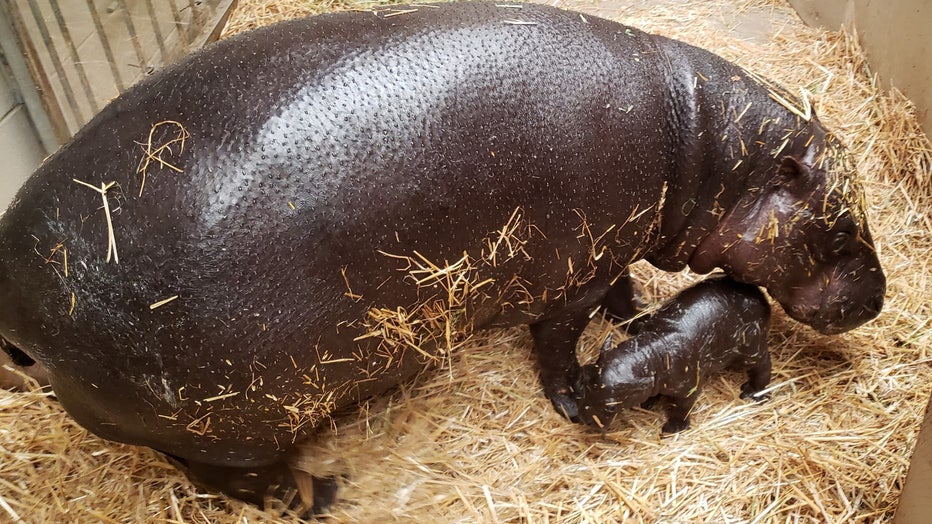 "The calf was immediately so bright, strong and aware, and was holding his head up right away," said Dr. Eric Baitchman, vice president of animal health and conservation. "The calf was introduced to Cleo soon after birth and was nursing within a few hours."

Pygmy hippos are native to rainforests in West Africa, and are an endangered species due to habitat loss from logging, farming, mining and human settlement.

Because the hippos are reclusive, it's difficult to count them in the wild, but it's estimated there are less than 2,500 left in Africa.