In her own words: Bride returns to hospital that cured her childhood cancer

DALLAS - Some brides may take photos near a scenic lake, outside a stately chateau or maybe inside an adorable rustic barn.

But one woman in Dallas, Texas, recently took wedding photos inside a children’s hospital and the reason is far deeper than you think.

She was diagnosed with stage 4 neuroblastoma when she was just 6 weeks old during an emergency visit to Children’s Medical Center Dallas. Wagner would spend months in chemotherapy treatments and would eventually undergo major surgery in 1999. 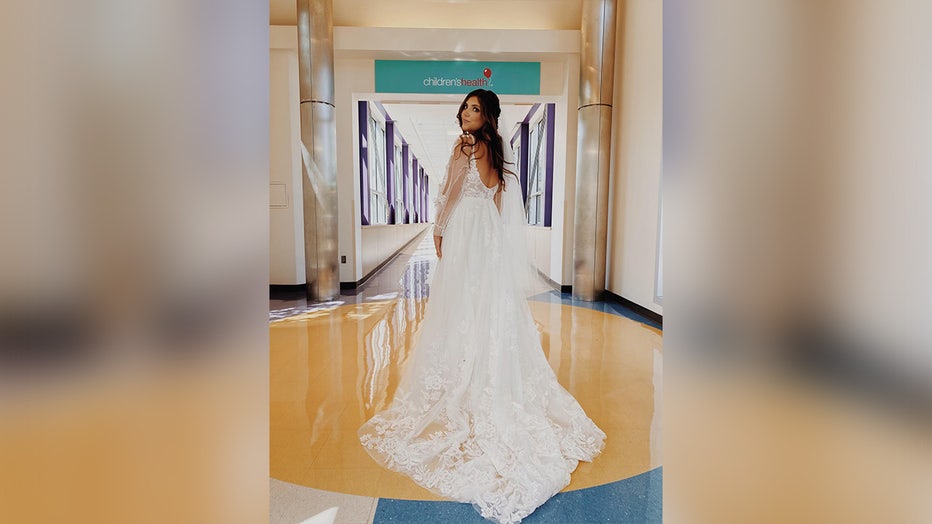 She spent much of her childhood at Children’s and while the reason she was there was not the happiest, she said her doctors and nurses were nothing short of amazing.

Neuroblastoma is when a tumor forms in the nerve tissue of very young children, according to Pediatric National. It is rare in children older than 10 but it has occasionally been diagnosed in adults.

Each year, there are between 700 to 800 children diagnosed with neuroblastoma in the United States alone, according to the American Cancer Society.

Wagner would eventually be cured of her cancer but would still have to have checkups for the rest of her life to ensure she is NED (no evidence of disease).

"Those (healthcare workers) were my people. I mean, my nurse practitioner, I've seen as an adult, like, she's still working there. That's my family. It was so important to me," Wagner said. 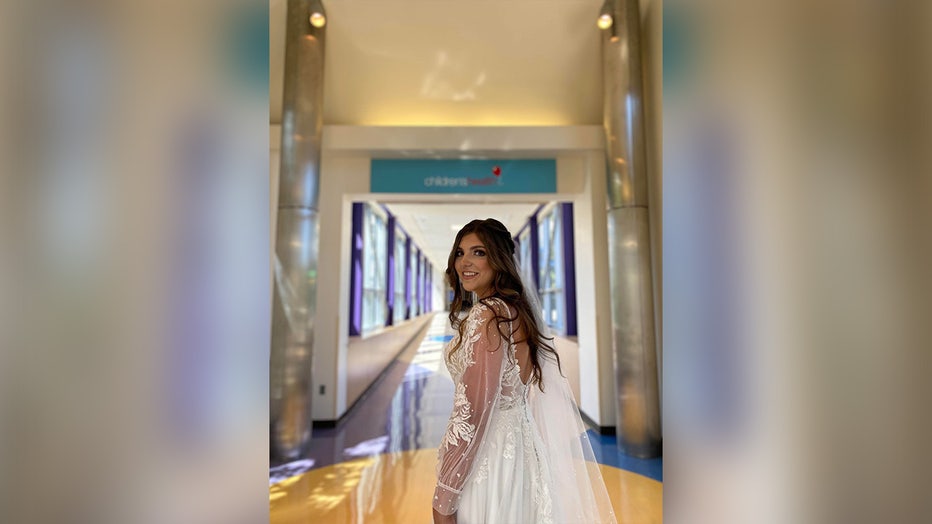 While headed to a separate location to take some wedding dress photos a week ahead of her nuptials, Wagner and her mother, Lori Stock, happened to pass by the hospital and a light bulb went off in Wagner’s head.

"So we were just driving there because we're meeting the photographer at a park and then we passed Children's. And I was like, 'I think this might be crazy, but we should try to go take my pictures there,'" Wagner said. "So we did."

Wagner had even taken her senior high school photos at the hospital, back when she was a patient, and the idea of taking a few of her bridal portraits at that same hospital meant so much to her. 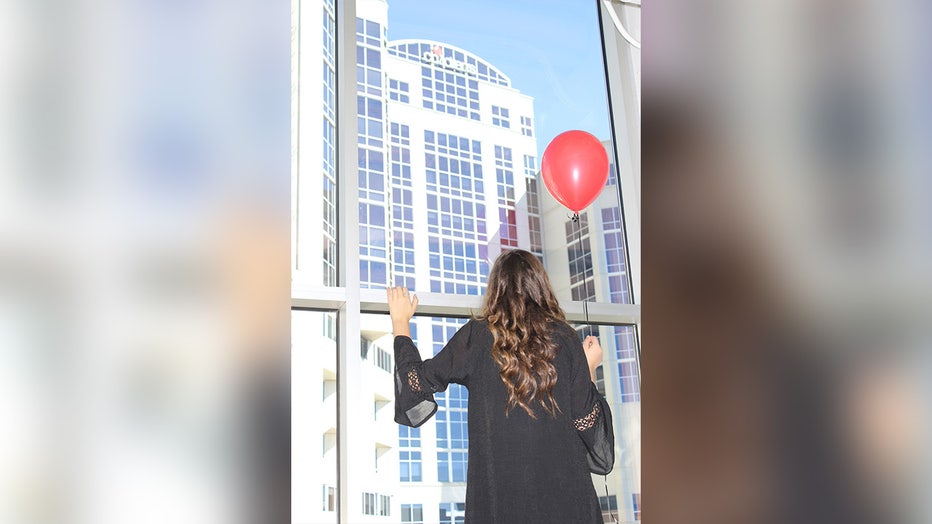 Both Wagner and her mother popped into the lobby of the hospital and took several photos, all on an iPhone, and left, but not before getting a few peculiar stares from bystanders.

Wagner was married this past October to her college sweetheart and is now living happily in Houston, Texas, where she teaches first-grade special education.

And since cancer will always be a part of her life, she decided to become more involved in cancer treatments in children, specifically the toxicity of childhood cancer drugs.

Wagner sits on the board of Prep4Gold which is an initiative to not only reduce the number of children diagnosed with cancer but to "eliminate the harmful effects from toxic and outdated therapies," according to the Prep4Gold website.

"It’s so important to me," Wagner said. She hopes that spreading awareness on the issue of harmful therapies in childhood cancer treatment will hopefully pave a path for newer, less potent forms of treatment for young cancer patients.