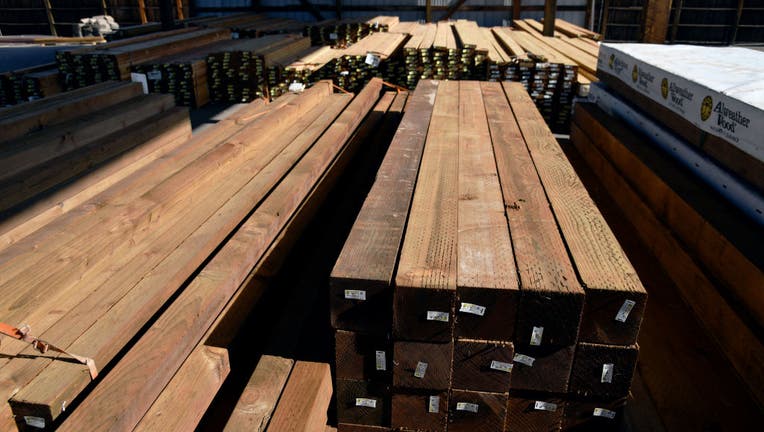 The Canada Press - The skyrocketing cost of lumber is fuelling a trend that has authorities across the country warning builders to keep their guard up.

Canadian authorities have been warning about the rise in lumber thefts, which has some people quipping on social media that wood has become as desirable as gold.

Det. Sgt. Tosha Ternes of the Saskatoon police said the city has seen a huge jump in thefts at construction sites since 2018.

"We’ve driven out to these areas that are getting hit and it is a gold mine with valuable stuff laying everywhere," Ternes said in an interview.

The thefts are mainly happening on weekends between 10 p.m. and 1 a.m. when fewer people are around, she said.

Ternes also noted that some construction sites have been hit three or four times. One site lost $2,700 worth of lumber in one night. Thieves came back to steal appliances, then went after flooring that was still in its packaging.

"People are going back to the same place knowing that there is stuff there," she said.

"Our Aspen Ridge and Brighton areas in the east side of Saskatoon are new areas right now and they are getting hit a lot. Thousands of dollars in lumber, tools and everything."

Home prices have skyrocketed throughout the pandemic, but so has the cost of the materials needed to build and improve them.

Earlier this month in another part of Saskatoon, $1,000 worth of lumber was stolen from a construction site.

Ternes said a resident called police to report a suspicious vehicle. When officers responded, they noticed the lumber in the back of an older model van.

"A lot of the times if you see that much lumber with the prices and the vehicle isn't that expensive, it's kind of odd on how they could afford all that lumber when their vehicle isn't really in good working order," she said.

The lumber was later returned to its rightful owner. A man, who Ternes said was known to police, was apprehended and charged with theft under $5,000.

In Guelph, Ont., last month, the owner of a Home Hardware wasn’t so lucky.

Police spokesman Scott Tracey said a man in a stolen pickup truck rammed through the gates of the store at about 4 a.m. and took $10,000 worth of lumber.

Surveillance footage of the theft on April 12 went viral.

"He spent over an hour, actually, loading up lumber onto the back of the truck," Tracey said.

The man is still at large, he said, and the stolen lumber and truck have not been recovered.

There have been no other cases, Tracey said, but he added that thefts of construction material are always a problem.

Another theft was recently reported by in Mounties in the Maritimes, with about $1,500 worth of lumber missing.

RCMP in Grand Falls-Windsor, N.L., said the lumber was being used to put up a sign on the Trans-Canada Highway.

Experts have said soaring lumber and wood panel prices have added thousands of dollars to the cost of building a home in Canada. And, with the COVID-19 pandemic, more people are staying put and renovating, which has made for high demand in materials that is outstripping supply.

Shortages were already being felt last summer after several mills in British Columbia were closed due to a shortage of wood fibre after a mountain pine beetle infestation and wildfires.

High prices have also affected forests in British Columbia. Municipal officials in North Cowichan say they suspect tree poaching is on the rise.

Back in Saskatchewan, RCMP officers even jested this week that they cracked an "extremely Canadian case."

Mounties from the Porcupine Plain detachment were called to investigate a theft of posts which had been piled on a rural property for fencing.

They were found in a nearby waterway and it appeared a beaver had helped itself to the lumber to build a dam.

"Who could really blame these little bucktooth bandits, considering the price of wood these days?" said Const. Conrad Rickards in a news release.

This report by The Canadian Press was first published May 12, 2021.