DETROIT (FOX 2) - A picture posted on social media of Detroit firefighters posing in front of a burning, abandoned house has prompted the City of Detroit and the Detroit Fire Department to launch an investigation

The picture was taken Tuesday night in front of 611 South Green Street, an abandoned house in southwest Detroit. Allegedly a memento for a retiring fire chief, the photo was posted on the Facebook page Detroit Fire Incidents with a caption that says, "Crews take a moment to take a selfie on New Years!"

Officials have launched an investigation into a photo showing a crew of firefighters posing in front of a burning building in Detroit.

Even though the Facebook page is not an official Detroit Fire Department page, a city spokesperson says the post is a violation of the city's social media policy.

The city released a statement from Detroit Fire Commissioner Eric Jones. It reads:

"There are a lot of ways to celebrate a retirement. Taking a photo in front of a building fire is not one of them. We will investigate this matter and follow the facts where they lead us If this photo is verified discipline will be in order."

City officials are working to determine who took the picture and who posted it on social media. 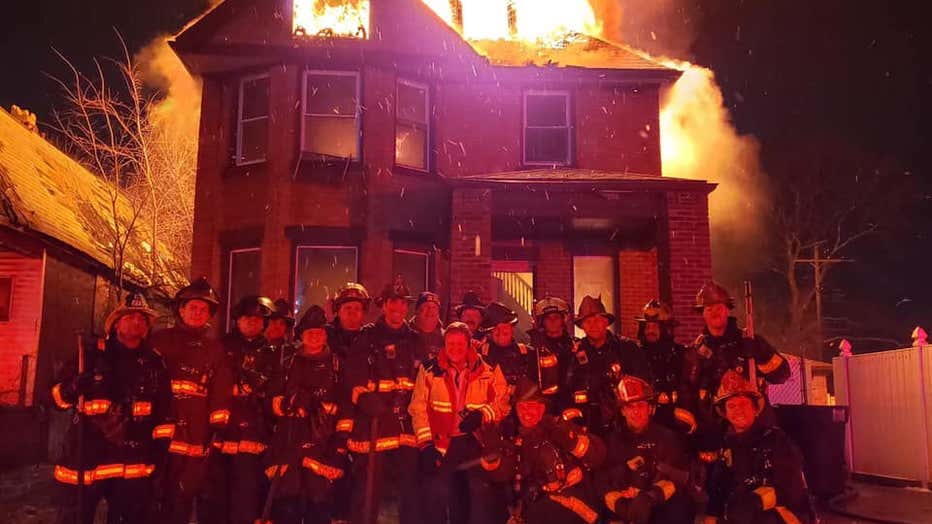 The picture has since been taken down and a post on the Detroit Fire Incidents Facebook page states that they did not take the picture, that they were asked by a firefighter to post it.

The update also says that firefighters say they have been threatened due to the original posting.