Video shows the man walking around the kitchen in the Borough Park home.

NEW YORK - The NYPD wants to find the man seen on a home's surveillance system roaming the kitchen with a knife in his hand.

The incident occurred on Dec. 14 at about 1 p.m. in the area of Fort Hamilton Parkway and 54th Street in Borough Park.

The intruder got into the home through an unlocked back door, said police.

A 65-year-old man was sleeping in his bedroom when he heard a sound and slammed the bedroom door shut.

The intruder appears to hear the sound and flees.

Anyone who recognizes the intruder from the photos and surveillance video is encouraged to contact the NYPD Crime Stoppers at 1-800-TIPS or by logging onto CrimeStoppers.com or Twitter @NYPDTips. 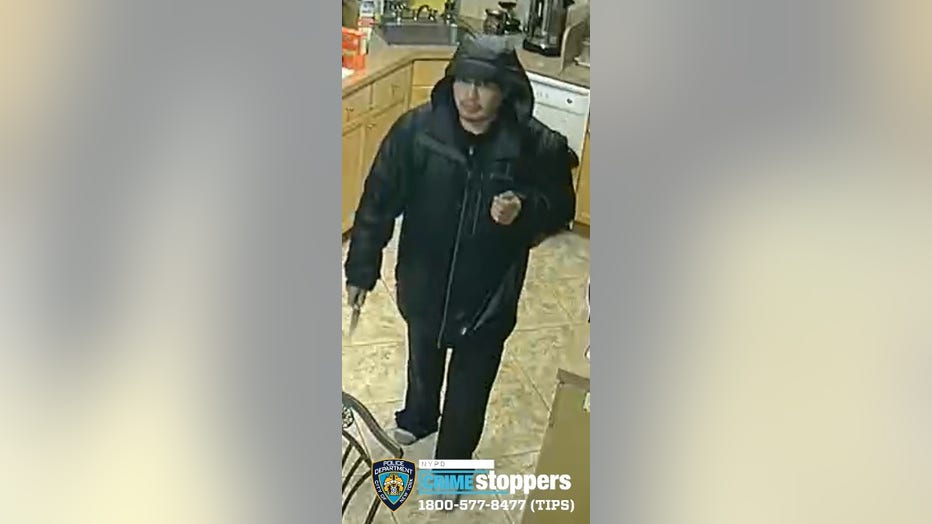