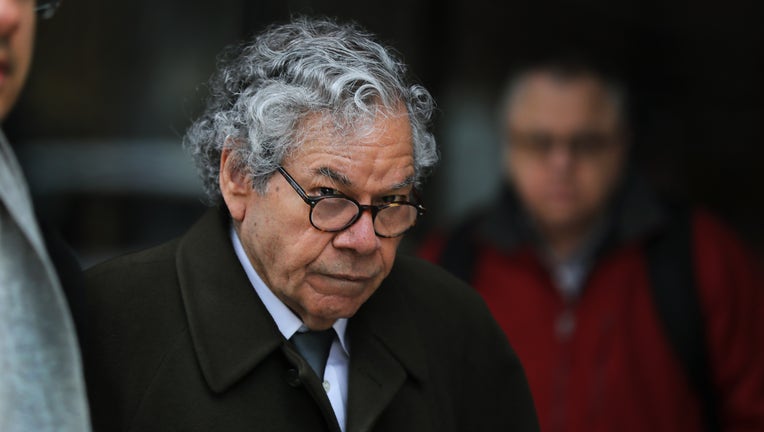 BOSTON - The founder of an Arizona pharmaceutical company was ordered to spend 5 1/2 years in prison Thursday for orchestrating a bribery and kickback scheme prosecutors said helped fuel the opioid crisis.

John Kapoor, 76, the former chairman of Insys Therapeutics, was sentenced in Boston's federal court after a jury found him guilty of racketeering conspiracy last May. The 10-week trial revealed sensational details about the company's marketing tactics, including testimony that a sales executive once gave a lap dance to a doctor the company was wooing. Kapoor was also ordered to pay a $250,000 fine.

Kapoor and others were accused of paying millions of dollars in bribes to doctors across the United States to prescribe the company's highly addictive oral fentanyl spray, known as Subsys. The bribes were paid in the form of fees for sham speaking engagements that were billed as educational opportunities for other doctors.

Prosecutors also said the company misled insurers to get payment approved for the drug, which is meant to treat cancer patients in severe pain and can cost as much as $19,000 a month.

"Put simply, Kapoor ran Insys without a moral compass, without any concern that his strategies would harm people," they wrote.

Kapoor's lawyers argue the bribery scheme was concocted by other executives at the company. In a court filing, they said their client has been portrayed as a "caricature" of a mob boss when he is really an "immigrant success story." They say the India-born exec developed Subsys after seeing his wife suffer and die from breast cancer.

During the trial, jurors heard from former employees who said Insys made a habit of hiring attractive women as representatives to boost sales of the drug. One former employee testified that a regional sales manager once gave a lap dance at a Chicago nightclub to a doctor whom Insys was pushing to write more prescriptions.

Jurors were also shown a rap video in which Insys employees danced and rapped around a person dressed as a giant bottle of the fentanyl spray. Prosecutors said the video was shown at a national sales meeting in 2015 and was intended to motivate reps to push Subsys to doctors.

Kapoor, who spoke after hearing a number of patients and relatives talk about the suffering they went through as a result of the drug Subsys, said he was sorry and he created the drug to help his wife who had breast cancer.

"I saw my wife suffer in pain, and I felt guilty of not being able to help her. It nearly destroyed me. You can have all the success in the world and still be powerless," he said. "I thought that at least I could make a product that would help others like her so they would not have to suffer like she did."

The case was considered the first that sought to hold an opioid maker criminally liable for the drug crisis, which has claimed nearly 400,000 lives over the last two decades. At least two others have since faced criminal charges, but prominent companies including Purdue Pharma, the maker of OxyContin, have only faced suits that carry no threat of prison time.

After the trial, Insys reached a $225 million settlement with the U.S. Department of Justice to end its criminal and civil probes. The company has since filed for bankruptcy protection, and it's not clear whether the company will fully pay what's owed.

The company has been approved to sell off Subsys and its other drugs for about $30 million, but it maintains its assets, all told, are worth only $175 million.

Along with Kapoor, four others from Insys also were convicted last year, while two pleaded guilty and testified against their former colleagues. Alec Burlakoff, a former vice president of sales who pleaded guilty in 2018, also is scheduled to be sentenced Thursday in Boston.

Others in the case have been dealt sentences ranging from a year and a day to nearly three years in prison.