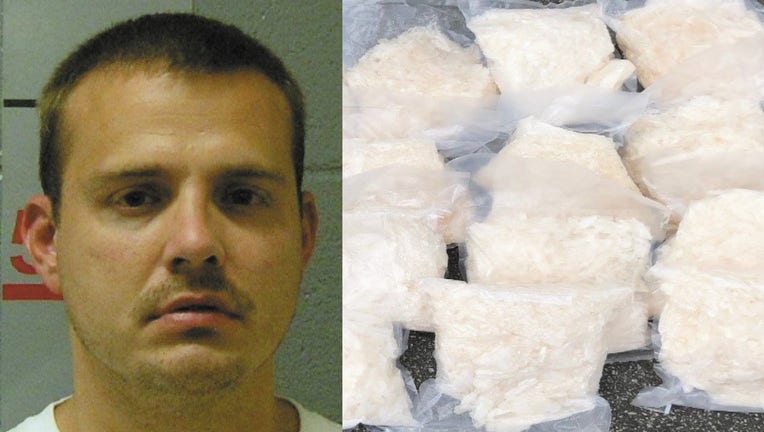 ATLANTA - An inmate at Atlanta's federal penitentiary is accused of being a mastermind of a drug trafficking organization with ties to Mexican drug cartels.

Detectives say 37-year-old Brian Stanton, also known as "Lil B," ran the operation from his prison cell at the United States Federal Penitentiary in Atlanta.

According to officials, the investigation began in January when authorities intercepted a package shipped from Canada containing around 2,500 Xanax pills.

Undercover officers tracked the package to 37-year-old Amber Cayson of Winter Haven, Florida, where they discovered pounds of THC edibles and marijuana, and a pound of methamphetamine.

Further investigation brought the deputies to Stanton. Officials say they were able to arrange multiple deliveries containing dozens of pounds of methamphetamine delivered in suitcases from Georgia to Florida.

The accused trafficker of the drugs, 43-year-old Jennifer Meers of Stone Mountain, allegedly delivered a suitcase with 26 pounds of methamphetamine to detectives at a hotel in Lakeland, Florida.

During an interview, Meers told detectives that Stanton paid her $500 for every kilo of methamphetamine she delivered.

After Meers was arrested, Georgia law enforcement searched at least eight locations around the state resulting in the arrest of three people and the seizure of 1,416 pounds of crystalized and liquid methamphetamine.

Opioid overdoses on the rise in Rome

In one of those searches in College Park, Homeland Security agents also discovered an illegal rooster fighting ring.

According to investigators, the drug trafficking operation was connected with the Juarez Mexican Cartel, described as "a brutally violent cartel known for its targeted executions and violence."

"Some people still call this low-level, non-violent drugs. These drug dealers have blood on their hands. They make money off the misery of others," Polk County Sheriff Grady Judd said. "They use violence as a means to enforce their trafficking business. We seized 20 firearms during this investigation, including rifles, shotguns, handguns, and three stolen guns."

In total, deputies seized illegal drugs with a street value of over $53 million as well as multiple firearms and vehicles.

Four other Georgians have been arrested in the investigation.