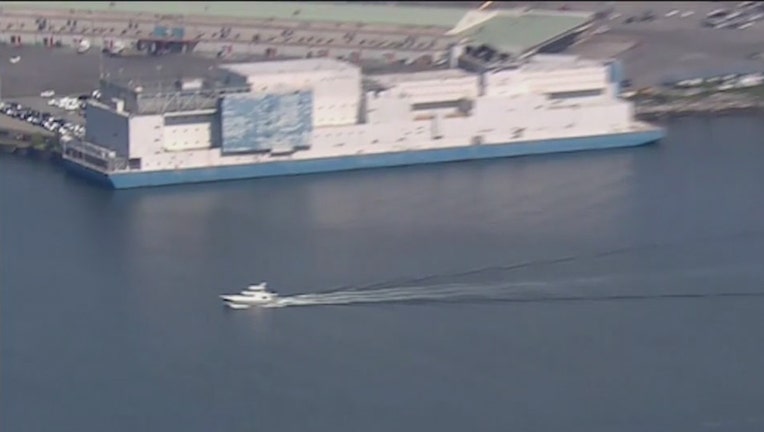 NEW YORK - An inmate who jumped from a floating jail into the East River on Tuesday has died, authorities said.

Gregory Acevedo, 48, climbed over the fence of a recreation yard at the Vernon C. Bain Center shortly before 12 p.m. and then jumped into the water, according to the city Department of Correction. Authorities apprehended him and brought him to Mount Sinai Hospital, where he died around 11 p.m.

"We are conducting a preliminary investigation of this incident," Molina said in a statement. "Our thoughts and prayers are with his loved ones at this difficult time."

Acevedo had been in custody of the Correction Department since February on a first-degree robbery charge, officials said.

His attorney, Warren Silverman, told the New York Post that the "system failed."

"I mean, he shouldn't have been able to get to any position where he could have harmed himself," Silverman said, "and clearly they dropped the ball, as usual."

Acevedo was the 14th inmate to die in the Correction Department's custody so far this year. The New York City Department of Investigation and the state Attorney General's Office investigate all deaths of inmates.

The Bain Center is a 625-foot barge docked in the Hunts Point section of the Bronx, near Rikers Island, the city's troubled main jail complex. When the barge opened as a jail 30 years ago, it was meant to be a temporary facility.