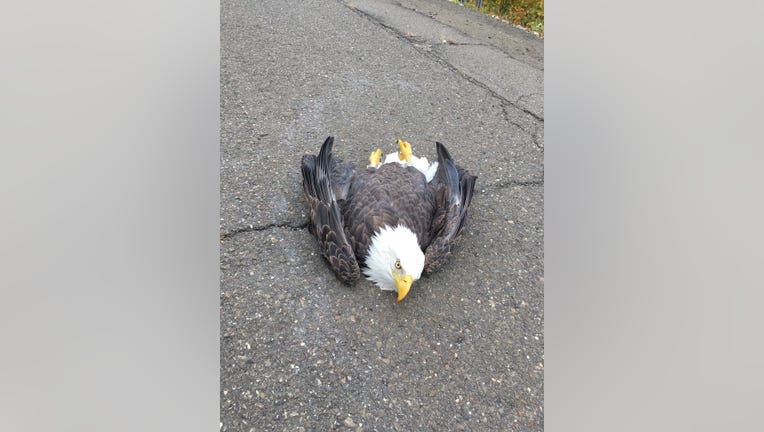 CONNECTICUT - An injured bald eagle was saved by members of the Connecticut State Police on Thursday afternoon after being found on the side of the road near Waterbury.

According to a Facebook post, the eagle had been struck by a motor vehicle and had a broken wing. Animal control officers took the injured bird to Sharon Audubon for rehabilitation, where the bird is in stable condition.