Shooter at Walmart in Evansville, Indiana

Authorities in Indiana say a 25-year-old man opened fire in a Walmart store where he once worked, wounding at least one person before officers fatally shot him.

"When officers went in, they were trying to locate the suspect and he was all over the store. He would shoot at officers and move. So it wasn’t contained to just one area inside."

INDIANA - A 25-year-old man opened fire at a Walmart store in Indianawhere he once worked, wounding at least one person before officers fatally shot him, authorities said Friday.

The gunman was identified as Ronald Ray Mosley II by Sgt. Anna Gray of the Evansville Police Department. She said Mosley had previously worked at the store in the city in southwest Indiana. 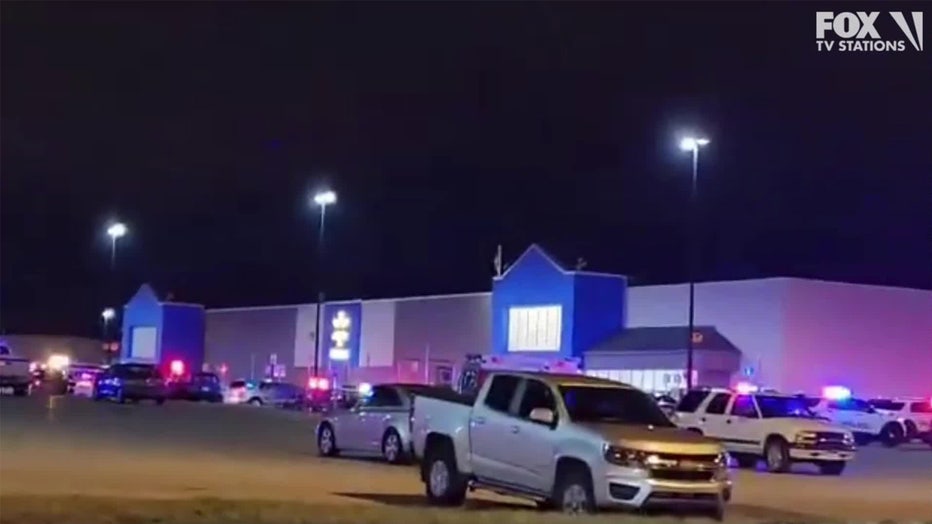 A gunman fired shots at police as he weaved through the aisles of an Indiana Walmart before being killed by law enforcement, authorities said. (Maria Fuchs Hart via Storyful)

Police didn't immediately release the victim's name or age or the extent of her injuries. But Merriss said she "was able to talk when she was taken away from the scene," the Evansville Courier & Press reported.

Evansville police and Vanderburgh County sheriff’s deputies responded to a report of an active shooter in the store at around 10 p.m. Thursday, police said.

Merriss said customers and employees tried to hide or escape before officers arrived and entered in search of the shooter as he stalked through the store during the shooting, which lasted about 15 minutes. 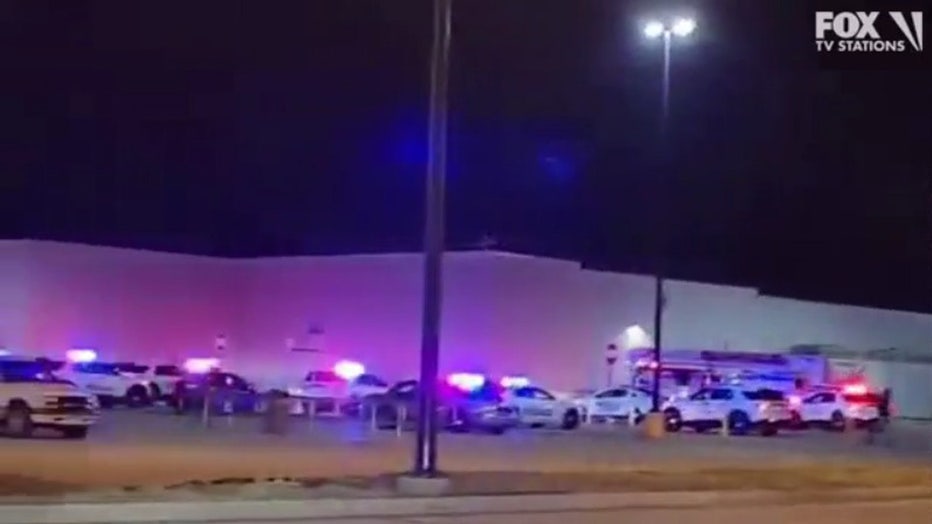 A gunman fired shots at police as he weaved through the aisles of an Indiana Walmart before being killed by law enforcement, authorities said. (Maria Fuchs Hart via Storyful)

"There were multiple officers looking for the offender. And he could come around the corner at any time," said Merriss, who described the body camera footage as "eerie."

Merriss said that, according to body camera footage reviewed by police, Mosley tried to exit the store but was met at the door by officers. Mosley then went back inside and was fatally shot by law enforcement officers during an exchange of gunfire.

Gray said that police did not immediately know how many people, aside from the female employee, that Mosley had shot, saying there could have been additional victims who fled the scene.

Evansville police said there could be as many as 50 witnesses to the shooting. Authorities asked anyone who left the scene with injuries, no matter how small, to contact emergency medical services.

Walmart said in a company statement that: "The entire Walmart family is shocked by the senseless violence that occurred at our Evansville store, and our hearts are with our associate at this time," the broadcaster reported. "As we learn more, we’ll do everything we can to support our associates as they cope with this tragedy."

The Associated Press sent an email seeking comment from Walmart.

A news conference was being planned for Friday, the city’s police department said in a tweet.

Evansville, a city of around 116,000 residents on the Ohio River, is located 172 miles (276 kilometers) southwest of Indianapolis.

A Walmart manager in Chesapeake, Virginia, killed six people in November when he began shooting wildly inside a break room before a routine employee meeting, two days ahead of the Thanksgiving holiday. Six people were also wounded. The gunman shot and killed himself before officers arrived.