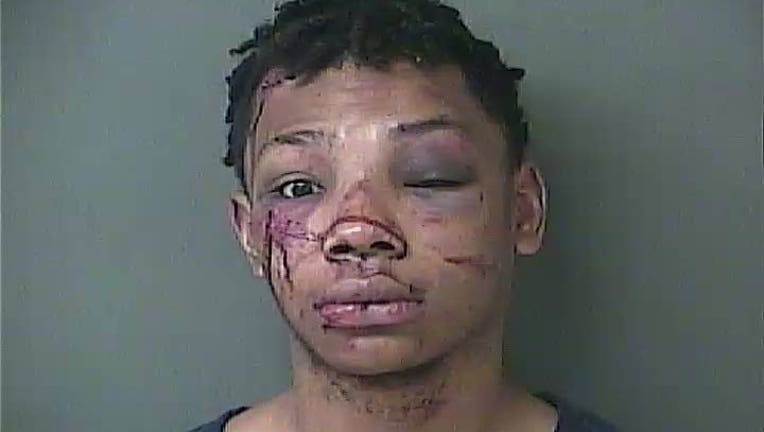 KOKOMO, Ind. - A group of Indiana apartment residents beat up a would-be robber and kept him in custody using their own firearms until authorities could arrest him, police said.

Kokomo police reported that Marrell Tyler, 18, received multiple facial injuries when he broke into the Annex of Kokomo apartments on Thursday at 3:25 a.m.

Police responded quickly but arrived to find Tyler beat up and held at gunpoint, thanks to the actions of three men who had been inside the first apartment he had entered.

NYC SUSPECTS ASSAULT ELDERLY MAN WHO ASKED THEM TO TURN DOWN VOLUME ON SUBWAY TRAIN: POLICE

The men told police that Tyler had entered the apartment wearing a ski mask and pointing a gun at them. They jumped him, knocking away the gun and pinning him down.

Tyler pulled a second gun that went off but did not injure anyone. One of the men grabbed his own gun and used it to subdue Tyler until police could arrive.

Tyler and the residents received multiple facial injuries, but only Tyler required immediate medical attention. Police took him to the hospital before taking him to Howard County Criminal Justice Center for holding.

Police arrested Tyler on a burglary charge, which is a level 2 felony.

The police continue to investigate the incident and ask anyone with information to contact the Kokomo Police Department Hotline at 765-456-7017.