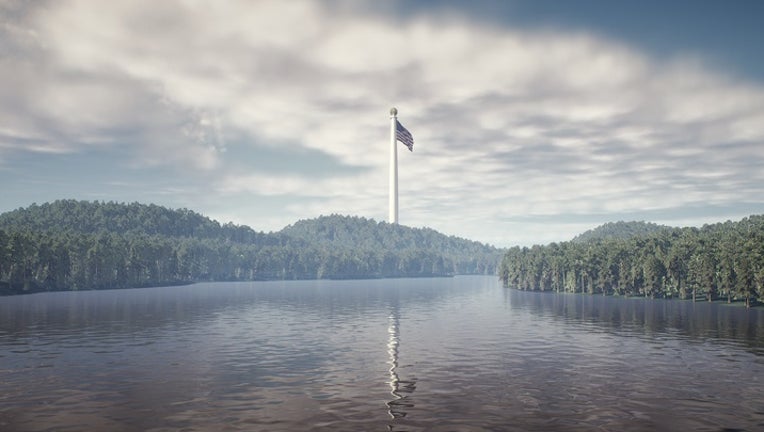 The park's centerpiece 1,776-foot tall flagpole will be seen from miles away in all directions — and will be adorned by an America flag bigger than a football field. (Flagpole of Freedom Park)

A bold plan to build a $1 billion patriotic theme park in Maine would contain the world's tallest flagpole, soaring a symbolic 1,776 feet above sea level, and one of the largest-ever American flags.

The proposal comes from the family behind Wreaths Across America.

The park's purpose is even more ambitious than its size: Heal a divided nation through the shared sacrifice for all Americans represented by the star-spangled banner's broad stripes and bright stars.

"Everyone feels the division we're all experiencing right now," Rob Worcester, managing director of the Flagpole of Freedom Park, told Fox News Digital. "We hope this creates an opportunity for Americans to come together."

FLAG DAY BY THE NUMBERS: 10 FACTS ABOUT THE AMERICAN FLAG

The centerpiece of the park in Columbia Falls, Maine, will be a soaring flagpole that equals the height of One World Trade Center, the tallest building in the nation. 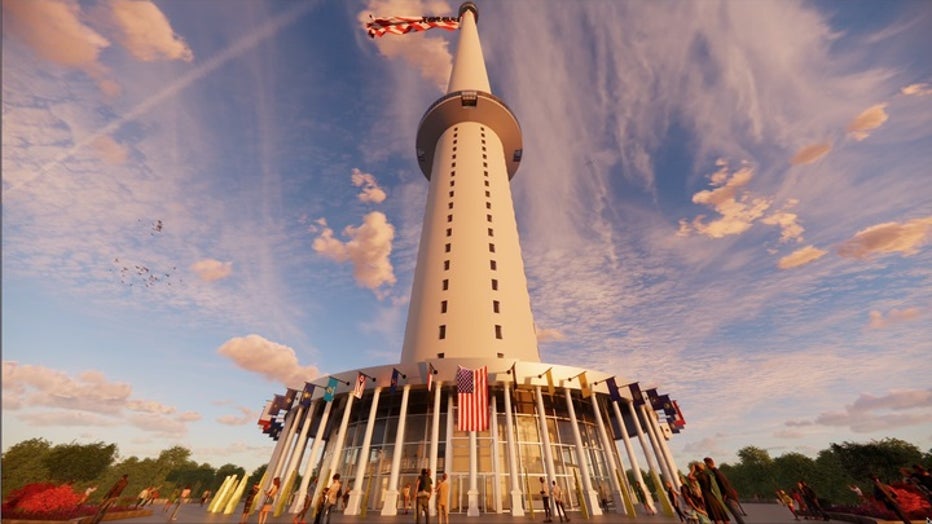 It will carry an American flag larger than a football field, measuring 360 feet long by 208 feet wide.

Additional highlights include an observation deck atop of the flagpole, offering 360-degree views of the Atlantic Ocean and the Pine Tree State's dense forests; a 900-foot long Disney-style Main Street in the Village of Old Glory featuring shops, eateries and entertainment; and walls of remembrance honoring all 24 million Americans who have served in the military throughout the nation's history.

It's all about healing America.

A second 450-feet-tall flagpole displaying the POW/MIA flag will pay tribute to the 93,500 American servicemen and women whose fates remain unknown.

"Flagpole of Freedom Park will be the most significant patriotic destination in the country," reads a statement from the project's founders. 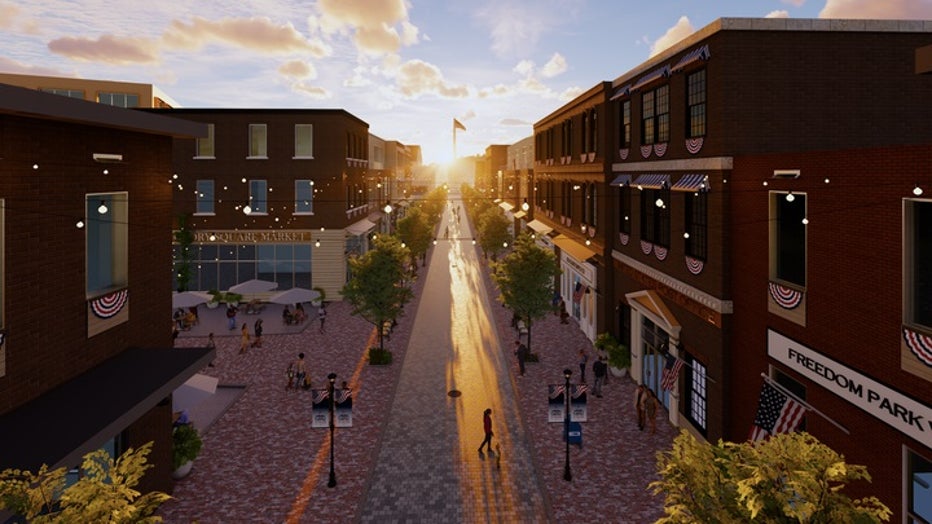 "Part national monument, part historical adventure, part immersive tech-driven museum and part architectural wonder, this is a destination where we can all come together as simply Americans."

MEET THE AMERICAN WHO INVENTED THE ‘CLEAN, WHOLESOME’ CORN DOG

Worcester is currently seeking donations to make the park a reality.

The entire project, $1 billion just for the proposed first phase, will be 100% privately funded, Worcester said.

The family behind the Flagpole of Freedom park has executed an ambitious patriotic plan in the past. 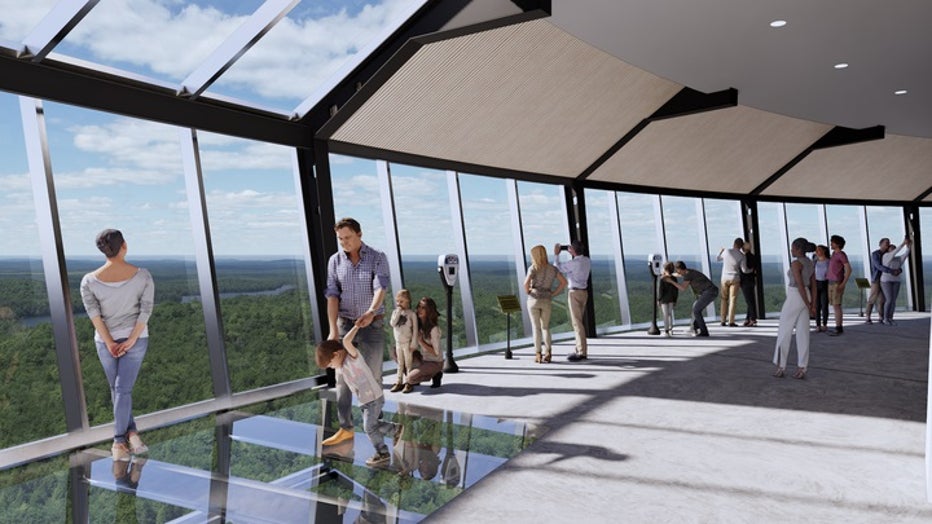 The project has now placed millions of wreaths on veterans graves across the country, enlisting the aid of tens of thousands of volunteers each year, while achieving official recognition for Wreaths Across America Day each December from Congress in 2008.

Flagpole of Freedom Park offers a "much-needed paradigm" shift in America, said project spokesman Vann Morris, a U.S. Navy combat veteran and orator known as "The Voice of Old Glory" for his rousing tributes to the American flag.

RELATED: Watch: Garbage collector pulls American flag out of trashcan to fold it 'the right way'

"People need to understand that the flag represents all Americans, every single one of us," said Morris.

"It's not a political statement. It's a symbol of unity. It's about healing America."

He hopes the project will inspire people to "honor our veterans, remember the fallen and pay tribute to those in uniform right now."

The Flagpole of Freedom Park's planned flag will be among the largest ever made.