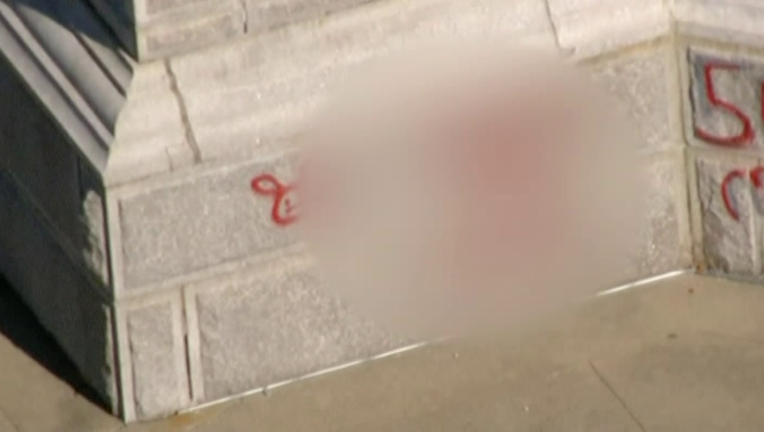 MASSACHUSETTS - Plymouth Rock, the traditional landmark site where Pilgrims disembarked from the Mayflower in 1620, has been tagged by vandals.

Authorities say the rock was spray-painted with red graffiti.  The rock is one of several other landmarks, including a statue, that was also covered in spray-paint.

Officials discovered the vandalism early in the morning. Workers had removed the red spray paint, which included the letters MOF and the numbers 508, from the rock before noon.

Police said the vandals also targeted a seashell-shaped sign celebrating the upcoming 400th anniversary of the 1620 Mayflower landing, the Pilgrim Maiden statue and the National Monument To The Forefathers.

It was not immediately clear if this graffiti incident had any connection to the anniversary celebration, but Plymouth Rock has been the site of political demonstrations before.

Police are investigating, but so far no arrests have been made.

Plymouth Rock, the iconic site where the Pilgrims disembarked from the Mayflower in 1620, has been spray-painted by vandals.