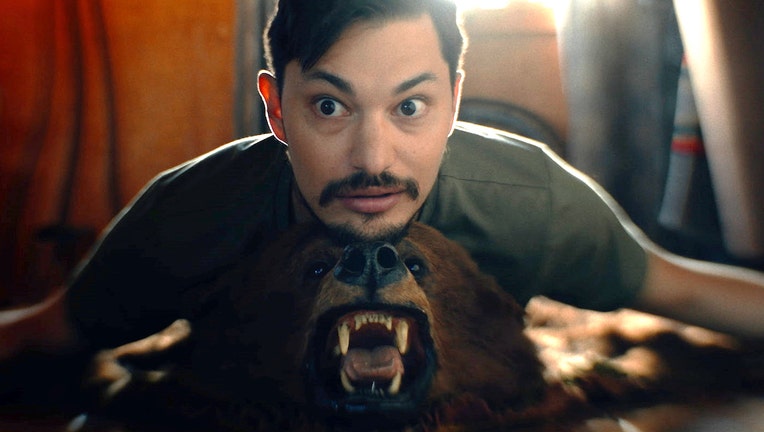 Zach Villa as Will in the horror/LGBTQ+ film, HYPOCHONDRIAC, an XYZ Films release. Photo courtesy of XYZ Films

CHICAGO - Editor's note: This review originally ran as part of our coverage of the 2022 SXSW Film Festival on April 1, 2022. It has been republished in light of the film's debut in theaters and VOD.

The creation of art can double as an act of therapy. For filmmakers, that sometimes means opening up wounds to audiences hungry for even a drop of catharsis. Enter writer/director Addison Heimann’s debut feature "Hypochondriac," a woozy, disturbing account of the artist’s issues with mental illness. (The film’s opening title card reads, "Based on a True Breakdown.") As is often the case with first films, this is far from a glossy blockbuster, but Heimann compensates for a modest budget with some strong performances and atmospheric editing.

Will (Zach Villa) is a young gay man haunted by the specter of his mother’s psychosis: As a child, he suffered under her delusional, occasionally violent impulses, until eventually he cut off all contact with her. As an adult, he’s got a sweet new boyfriend (Devon Graye) and a job as an assistant at a boutique pottery gallery. But soon enough, his mother once again insinuates herself in his life, leaving incoherent, babbling voice messages and dropping strange packages at his door that contain cryptic hints at a grander purpose for him.

Soon after, Will begins experiencing a series of strange physical symptoms that one doctor after another can’t explain. (He even starts seeing visions of a mysterious figure in a wolf costume with a spooky mask when he's alone, looking — perhaps intentionally — a bit like Frank the Bunny from "Donnie Darko.") 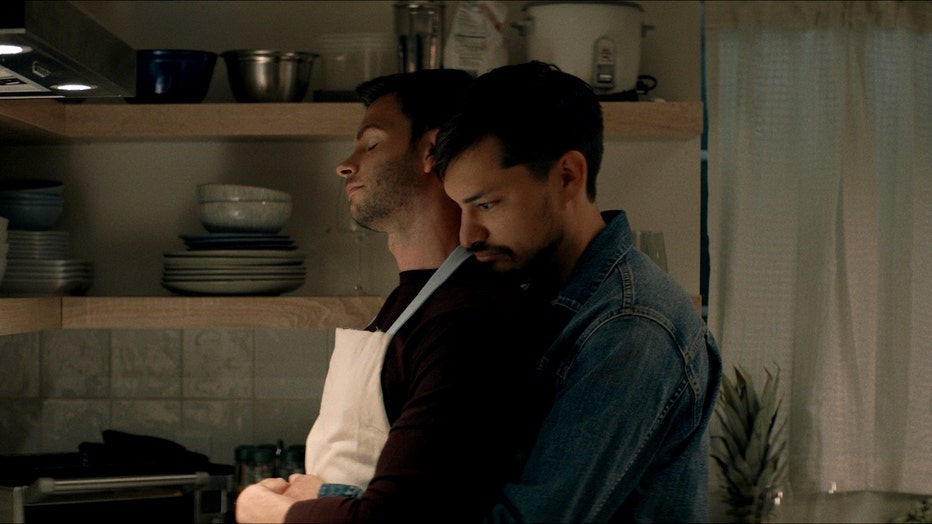 (L-R) Devon Graye as Luke and Zach Villa as Will in the horror/LGBTQ+ film, HYPOCHONDRIAC, an XYZ Films release. Photo courtesy of XYZ Films.

WATCH FREE ON TUBI: The haunted horrors of "The Babadook" — get the app

"Hypochondriac" isn’t a perfect movie. Very few are. Yet the few cracks in the movie’s gothic ceilings result from the low-budget nature of the filmmaking, give or take a few creaky lines of dialogue here and there. Those concerns are counter-balanced by the intimate, intensely personal nature of the storytelling.

Heimann coaxes a wounded, dynamic performance out of Villa; together, the writer/director and actor paint a portrait of the acute personal pain mental illness can inflict upon an otherwise normal life. "Hypochondriac" occasionally stumbles when weaving its messaging in amongst the horrors, but it’s a promising debut. I'm curious to see what Heimann does next.

Make it a double feature with "The House of the Devil," streaming free on Tubi

The House of the Devil (2009): The economy of storytelling in Ti West’s tribute to horror films of the late ‘70s and early ‘80s is downright elegant, giving the film (and the audience) a chance to breathe in between moments of disturbing violence. Its style is reminiscent of one of the classier proto-slashers, the original "Black Christmas" — another film that manages to be both hushed and shocking. "The House of the Devil" stars Jocelin Donahue as a college student who answers the wrong wanted ad, along with an early role for a pre-fame Greta Gerwig as the BFF with fantastic ‘70s hair and a brutal onscreen death. Rated R. 95 minutes. Dir: Ti West. Also featuring: Tom Noonan, Mary Woronov.

How to watch "Hypochondriac"

"Hypochondriac" is available digitally and On Demand, as well as screening in select theaters.