The man followed the 47-year-old victim into her apartment building on Avenue N and East 33rd Street in Marine Park, according to the NYPD.

NEW YORK - The NYPD is on the hunt for the man who sexually assaulted a woman inside her Brooklyn home by bounding her with duct tape and zip ties.

On Thursday at about 12:40 p.m., the man followed the 47-year-old victim into her apartment building on Avenue N and East 33rd Street in Marine Park, said cops. He simulated a weapon and forced his way inside her apartment. That's when he tied her up before assaulting her. He took off with her cell phone and cash, added cops.

The suspect was last seen heading westbound on Kings Highway in a grey 2012 Mitsubishi Outlander SUV. 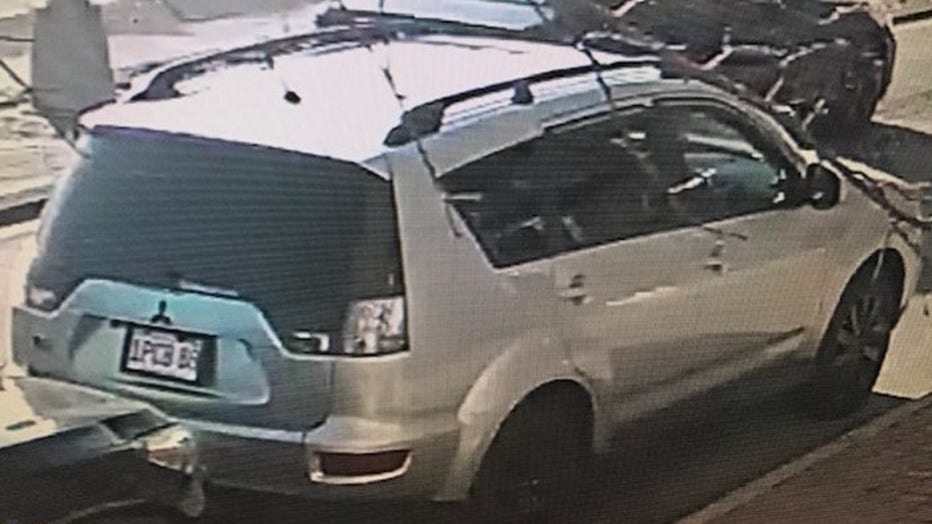 The NYPD says the suspect took off in a grey 2012 Mitsubishi Outlander SUV. (NYPD)

The victim was treated at Coney Island Hospital.

Cops described the suspect as having a medium build and light complexion. He was last seen wearing a black hat, black face covering, black sneakers, dark-colored jeans, light-colored knee-pads, and a black sweatshirt.