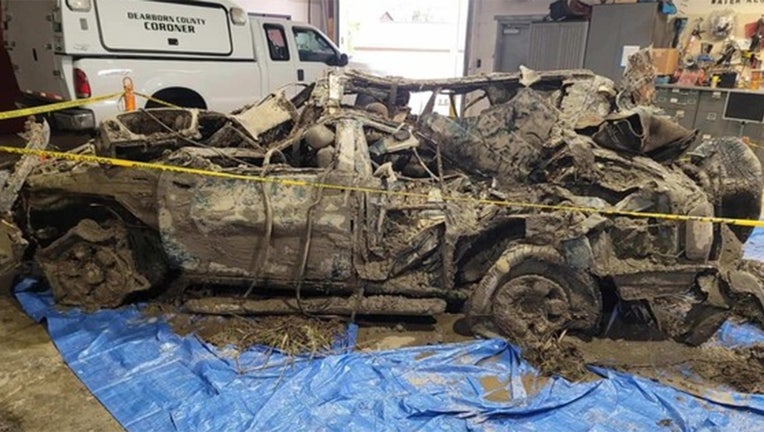 Crews have found human remains in the SUV that was pulled from the bottom of the Ohio River. The vehicle belonged to an Ohio mother who went missing in 2002 with her two young children.

The 1997 Nissan Pathfinder belonging to Stephanie Van Nguyen was pulled out of the Ohio River on Thursday, October 14, 2021, in Aurora, Indiana.

Van Nguyen was 26 when she disappeared in April 2002 along with her two children, Kristina, 4, and John, 3.  Nguyen had left a note prior to her disappearance saying she would drive her vehicle into the Ohio River, police say.

With the use of side sonar scan technology, divers with the Hamilton County, Ohio Police Association, and Indiana Conservation Officers located and recovered the vehicle.  The Indiana State Police began an investigation when the vehicle was located.

Anthropologists believe a bone recovered in the vehicle yesterday is a human bone.  The bone will be sent to a lab for testing in an attempt to determine theIR origin.

Searchers found the vehicle more than 50 feet below the river’s surface and about 300 feet from the riverbank.

Police say the investigation is ongoing.