WASHINGTON - House Democrats have voted for Nancy Pelosi to stand as their candidate for speaker.

The Democrats met virtually Wednesday to select their top leaders for the 117th Congress. Democrats are expected to maintain a slim majority in the new Congress – the most-narrow in two decades for either party.

The votes were taken by secret ballot, thanks to a secure app Democrats used Wednesday. Pelosi, D-Calif., ran unopposed.

The full House of Representatives elects the speaker when it convenes on Jan, 3. The winning candidate for speaker requires an outright majority of the entire House. In other words, 218 votes out of 435. 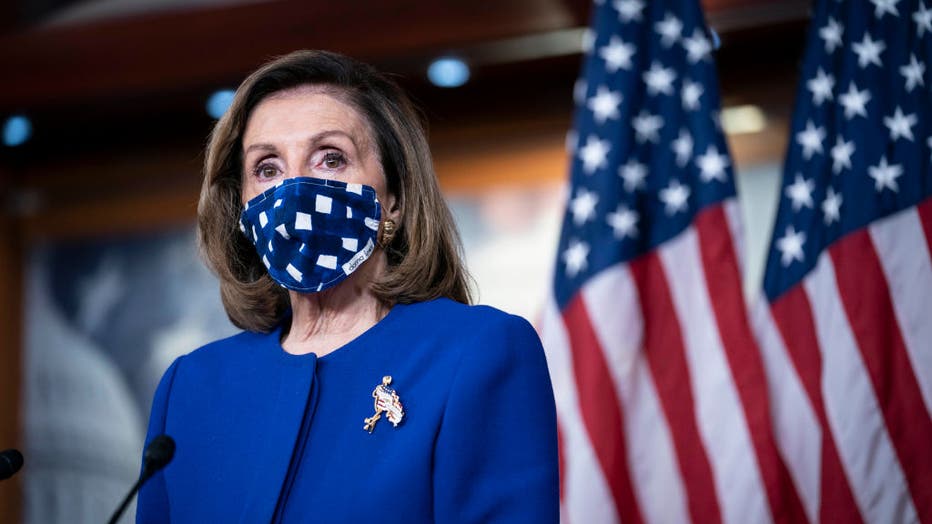 Speaker of the House Nancy Pelosi (D-CA) speaks during a news conference at the U.S. Capitol on October 22, 2020 in Washington, DC. Speaker Pelosi spoke about the latest coronavirus stimulus bill that did not pass in the Senate yesterday. (Photo by S

Typically, the nominee of the majority party wins. But Pelosi had to hustle to get the votes to become speaker two years ago and there is a math question that looms in January.

Fifteen House Democrats voted against Pelosi on the floor two years ago. But because the Democrats’ majority was so large, Pelosi had a substantial cushion. She lacks that this time. Pelosi’s margin for victory is thin. She can only afford to lose a few Democrats on the floor during the vote for speaker.