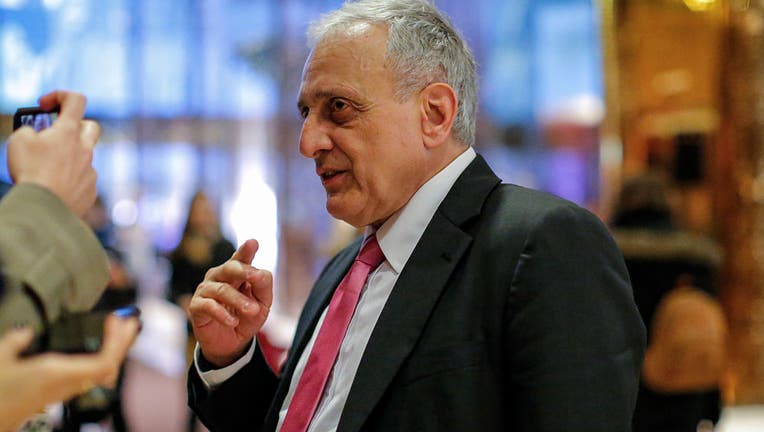 NEW YORK - Former New York Gubernatorial candidate Carl Paladino, who is running to represent a congressional district that includes suburbs of Buffalo, New York, shared and deleted a conspiracy-laden Facebook post suggesting a racist mass shooting in Buffalo and other mass killings were part of a plot to take away people's guns.

The lengthy June 1 post shared by Buffalo developer Carl Paladino said in almost every mass shooting, including the shooting at a grocery store in Buffalo last month and a shooting at a Texas elementary school, "there are strange occurrences that are never fully explained."

The post also included theories about CIA mind-control and the assassinations of John F. Kennedy, Robert F. Kennedy and John Lennon, and vaccines.

Reached on his cellphone Wednesday by The Associated Press, Paladino said "That’s all water under the bridge," and "I didn’t write it," before hanging up. He did not answer a call back.

The politician on Tuesday initially told The Buffalo News and WIVB-TV in interviews that he did not personally make the post and it was posted by someone else who had access to his account.

But in a follow-up interview with the Buffalo News on Wednesday, he changed his story and said, "Yes, I did it."

Paladino told the newspaper that on Wednesday he recalled that he only "scanned" the post before sharing it and that he sometimes passes on materials with which he does not agree. He said he does not subscribe to the "conspiracy theories" in the post but accepted some of its points.

It was not clear which points he accepted.

Paladino was on the Buffalo School Board in December 2016 when he wrote that he wanted to see President Barack Obama dead of mad cow disease and first lady Michelle Obama "return to being a male and let loose in the outback of Zimbabwe where she lives comfortably in a cave with Maxie, the gorilla."

Amid an uproar, he said the comments, published in the local Artvoice newspaper, were not meant for publication but he called them "inappropriate" nevertheless.

The state education commissioner removed Paladino from the Buffalo School Board soon after for disclosing confidential school board business.

During his unsuccessful run for governor in 2010, Paladino apologized for forwarding emails to friends that included racist jokes and pornography.

Paladino is currently running in a district that is currently held by Republican Rep. Chris Jacobs, who announced last week he would not seek reelection after facing backlash from his own party for voicing support for new gun control measures. Jacobs, in the wake of recent mass shootings, said he would vote for a federal assault weapons ban and other measures if he had a chance and expressed support for limiting magazine capacity, banning body armor for civilians and raising the age limit to purchase semi-automatic weapons to 21.

Jacobs currently represents New York’s 27th Congressional District, but was running for the newly redrawn 23rd District. Before his comments on gun control, he was considered a favorite in the new district, which includes large swaths of new voters, including rural counties.

Shortly after Jacobs announcement last week that he would not run, Paladino was endorsed by New York Rep. Elise Stefanik, a member of GOP leadership and rising star in the party.