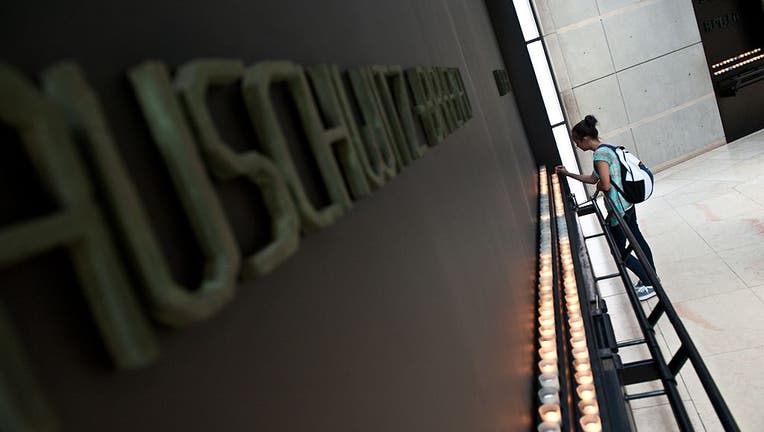 A woman lights a candle in the Hall of Remembrance at the Holocaust Memorial Museum in Washington,DC on April 8, 2013 as people mark Holocaust Remembrance Day in memory of the six million Jews killed by the Nazis and their collaborators during Worl W

BERLIN - The Holocaust survivor Gertrude Pressburger, who became famous during Austria’s 2016 presidential campaign with a video message in which "Mrs. Gertrude" warned of hatred and exclusion triggered by the far right, has died at 94.

Pressburger was born and raised in Vienna, the daughter of a carpenter. Her Jewish family converted to Catholicism in the early 1930s, but that did not keep them from being persecuted by the Nazis after Austria was annexed by Germany in 1938.

RELATED: DCPS investigates after elementary students say they were forced to reenact Holocaust

After her father was arrested and tortured by the Nazis’ Gestapo secret police for alleged political activity, the family was able to escape to Yugoslavia and later to Italy, APA reported.

In 1944, the family was captured and deported to the Nazis’ Auschwitz death camp in Germany-occupied Poland, where her mother and two younger brothers were murdered. Her father was also killed by the Nazis.

Pressburger returned to Vienna after the war, but initially did not talk about her horrific sufferings during the Holocaust. Eventually, she decided to open up about the Holocaust and about the antisemitic experiences she suffered in post-war Austria.

A Washington, D.C., public school librarian is under investigation after students and parents claim she made kids reenact the Holocaust. In a letter to parents at Watkins Elementary School, the principal said the staged reenactment included portraying participants of the holocaust like Adolf Hitler, digging ditches to serve as mass graves and simulated shootings. The staff member is also accused of making anti-Semitic statements.

"I did not come back to Vienna to be oppressed again. I swear to myself that I will not put up with anything anymore. I’m going to fight with my mouth," APA quoted her as saying.

Pressburger also published a memoir that she co-wrote with author Marlene Groihofer. In the book "Gelebt, Erlebt, Ueberlebt" or "Lived, Experienced, Survived" she described her family’s arrival in Auschwitz in 1944.

Her mother and the two brothers were sent away on a truck. Gertrude herself was sent in another direction and she quickly lost sight of her father too. Pressburger constantly looked for her family members in the death camp until a stranger approached her, pointed to the smoke coming out of the chimneys behind the barracks and told her that all the people driven away on the truck were gassed and burned already. That, Pressburger, wrote, was the moment when she understood that they had been murdered.

In 2016, Pressburger addressed Austria’s younger generation in an online video, warning against the humiliations and exclusion of minorities amid the far-right rhetoric in the country’s presidential election. She called on young Austrians to go out and vote. The video was watched and shared several million times.

"I just said what I thought. That’s it. And that hit home. I never understood why," she told APA afterwards.

Van der Bellen, who is from the Green Party, later said he was sure her video appeal had some influence on the election result, which saw him narrowly win only after a re-run against the far-right Freedom Party candidate Norbert Hofer.

"We will never know for sure, but that it had an impact, that is to say an effect, and especially on young and very young people, I am convinced of that," Van der Bellen said.