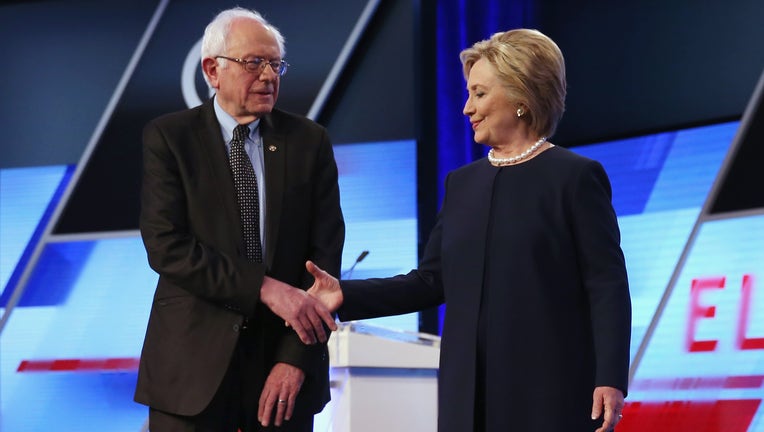 "He was in Congress for years," Clinton says in an excerpt from the documentary. "He had one senator support him. Nobody likes him, nobody wants to work with him, he got nothing done. He was a career politician. It’s all just baloney and I feel so bad that people got sucked into it."

When asked by The Hollywood Reporter if that statement was still valid, Clinton said, "Yes, it does."

Clinton also refused to say she would endorse Sanders as the Democratic nominee, saying, "I'm not going to go there yet. We're still in a very vigorous primary season."

She blasted the self-declared democratic socialist senator from Vermont on accusations of sexism that have plagued his campaign, especially in the wake of Sen. Elizabeth Warren, D-Mass., alleging Sanders told her a woman could not win a presidential election during a private conversation in 2018. That story was first reported by CNN.

"Well, number one, I think [that idea] is untrue, which we should all say loudly. I mean, I did get more votes both in the primary, by about 4 million, and in the general election, by about 3 million," Clinton said in the interview, then going on to compare resumes with Sanders. "But he said I was unqualified. I had a lot more experience than he did, and got a lot more done than he had, but that was his attack on me."

One element of Sanders' campaign that Clinton said is particularly problematic is the culture that Sanders allegedly creates around his candidacy.

"Nobody likes him, nobody wants to work with him, he got nothing done."

— Hillary Clinton to The Hollywood Reporter

"It’s his leadership team. It’s his prominent supporters," she said. "It’s his online Bernie Bros and their relentless attacks on lots of his competitors, particularly the women. And I really hope people are paying attention to that because it should be worrisome that he has permitted this culture — not only permitted, [he] seems to really be very much supporting it."

The full "Clinton" series, for which the former senator, first lady and secretary of state gave 35 hours of interviews, according to The Hollywood Reporter, comes out in March.