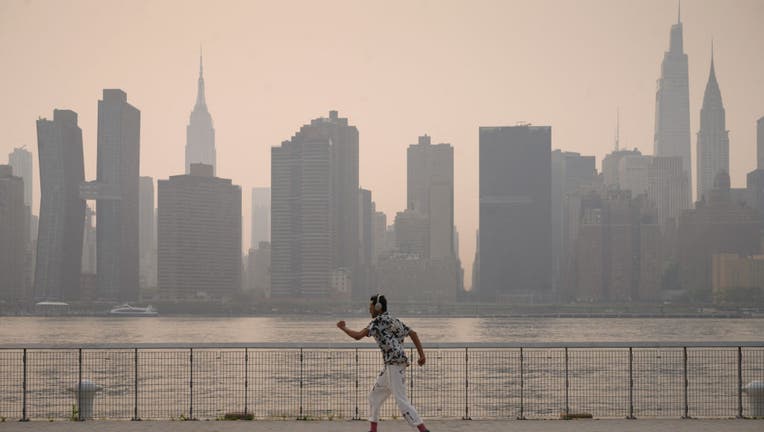 A man skates before the Manhattan city skyline at a park in the Brooklyn borough of New York on July 20, 2021. (Photo by ED JONES/AFP via Getty Images)

NEW YORK - In a list that no one wants to be on, Houston has been named the dirtiest city in the United States.

The report was compiled by the lawn care company LawnStarter.  It looked at various data for 152 cities in the U.S.

Newark was listed as the dirtiest city in the previous report, so it improved one spot because of Houston.

Researchers at NYU found that riders and workers are being exposed to levels of air pollution that could increase the risk of heart and lung problems.