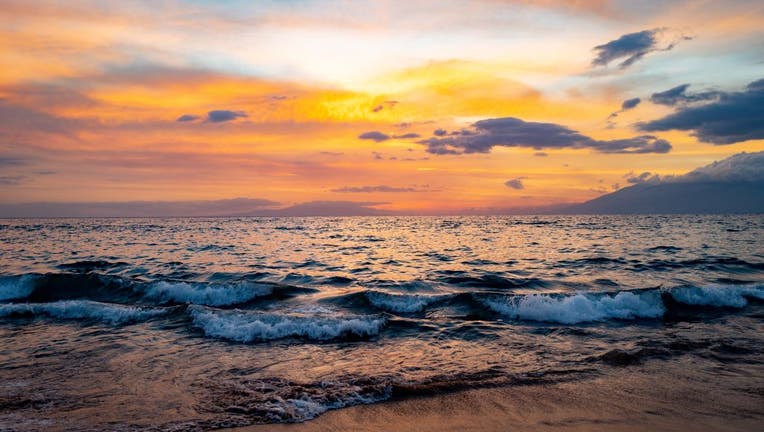 A colorful sunset is visible above Wailea Beach on the island of Maui, Kihei, Hawaii, July 30, 2022. Photo courtesy Sftm. (Photo by Gado/Getty Images)

Authorities on Hawaii’s island of Maui called off the search for a 60-year-old woman from Washington late Friday night after she was first reported missing following a "possible" shark attack while snorkeling with her husband Thursday.

The woman’s name has not been released but according to the U.S. Coast Guard the active search off of South Maui was suspended following 17 searches over the course of 40 hours that covered an area of 306 miles.

The U.S. Coast Guard, first responders and officers from the Division of Conservation and Resources Enforcement were first called to the scene around 1 pm after she was reported missing.

The circumstances around the alleged attack remain unclear though the husband, who has also not been named, told authorities he and his wife were snorkeling around 50-yards off shore when he saw a shark repeatedly swim by.

"The shark swam by several times before the man returned to shore and reported his wife missing," the Hawaii Department of Land and Natural Resources (DLNR) said in a statement Friday.

Some reporting has suggested he and his wife fought off the shark, though authorities involved in the search have not publicly corroborated these reports.

Reports also noted that a snorkel and a piece of a bathing suit washed ashore but DLNR spokesperson Dan Dennison told reporters in a Thursday briefing that he could not confirm the ownership of the found items.

Authorities have not described the shark that the husband reportedly saw, but said a 10 to 12 foot Tiger shark was later spotted in the area.

"First responders used personal watercraft, a rescue boat, a helicopter, and a U.S. Coast Guard aircraft to search the area, beginning shortly after the initial 911 call," the DLNR said.

The search continued until nightfall on Thursday and at daybreak Friday before being called off.

Neither the Coast Guard nor the DNLR would provide additional comment for Fox News Digital.