A man walked up and slashed a woman in an unprovoked attack in NYC's Times Square over the weekend.

NEW YORK - The NYPD has arrested a man on hate crime charges for allegedly attacking a woman in Times Square.

The attack took place on Sunday at about 10 a.m.  A 59-year-old woman was pulling a wheeled shopping cart near 7th Ave. and W. 42nd St. when a man approached from behind, raised his arm over his head, and swung it down, slashing the woman in the right hand with a boxcutter, a security video showed.

The New York City Police Department identified the man as Anthony Evans, 30, of Manhattan. He ran away on E. 42nd Street but was arrested on Tuesday, the NYPD said.  He faces weapons and hate crime assault charges.

EMS took the woman to Bellevue Hospital in stable condition.

The NYPD hosted community events all over the city on National Night Out, an annual program designed to foster communication and understanding between law enforcement and the people they serve. Mayor Eric Adams made appearances at several events. 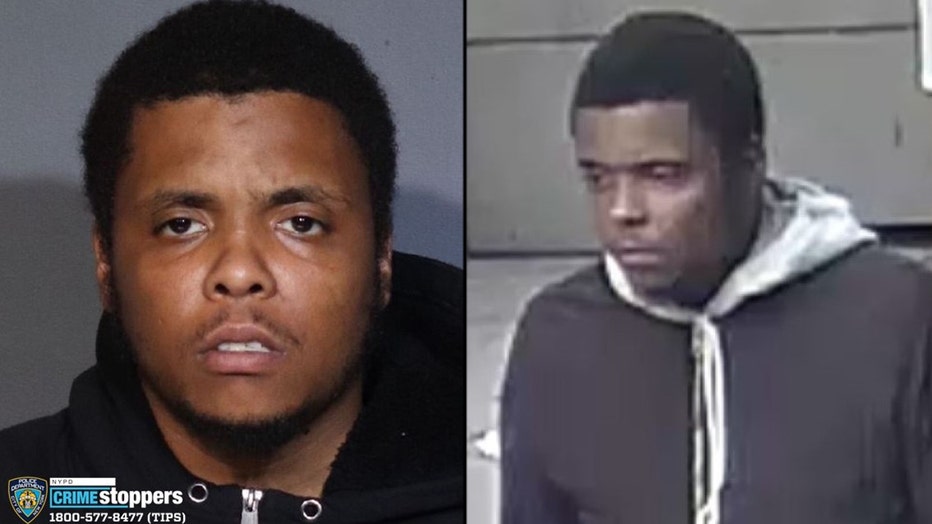 Police are looking for Anthony Evans, 30, in connection with a random slashing in Times Square on Sunday, July 31, 2022. (NYPD)