Verda Tetteh, 17, spoke with Chris Williams from FOX Television Stations about returning a $40,000 college scholarship to help other students in need.

FITCHBURG, Mass. - Verda Tetteh knew in her heart she couldn’t accept a $40,000 scholarship from her high school to attend Harvard University, so she donated the money back to help other students in need.

Tetteh, 17, recently graduated from Fitchburg High School in Massachusetts. During the ceremony, she received the school’s General Excellence Scholarship, earning her $10,000 for four years.

"I was just kind of sitting in the audience after I’ve gotten it," she told FOX Television Stations Sunday. "And there was definitely someone in that audience who needed it more ... it would’ve made a big, life-changing difference to have that financial support." 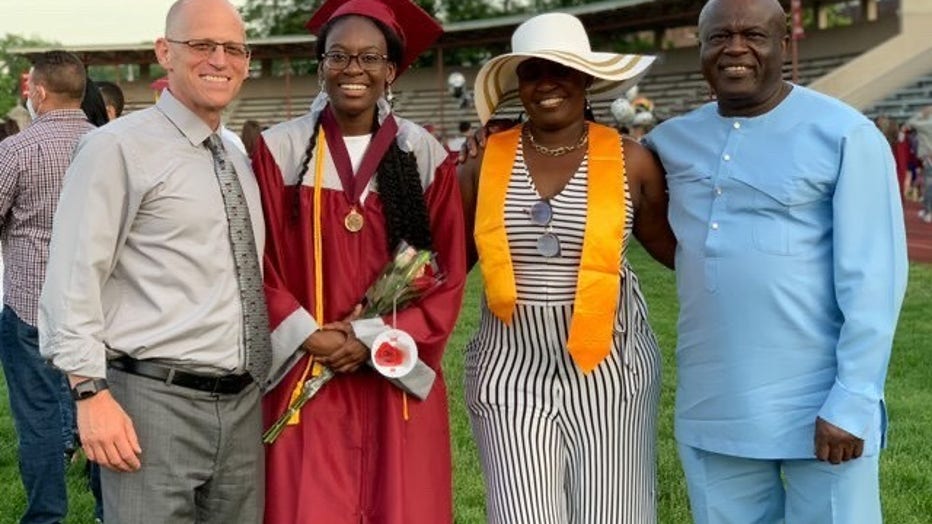 Tetteh said she had already received scholarship money from Harvard University and felt she was financially secure to pursue her college education.

Ten minutes after receiving the award, Tetteh returned to the stage, interrupted the graduation ceremony and donated her scholarship money back to the school.

"I still stand by that decision today," she continued.

Tetteh said after her announcement, applause erupted from across the field along with a standing ovation.

"I think it’s been a very difficult year," she added. "It really shows that there’s still goodness out there."

RELATED: Teacher gives student his own shoes so he can walk in graduation

Tetteh, who was born in the United Kingdom and lived in Ghana before coming to the U.S., said she plans to take up biochemistry at Harvard. Her dream job is to be an international traveling doctor.

She hopes her story will encourage others to give back and inspire immigrant children to pursue their dreams.