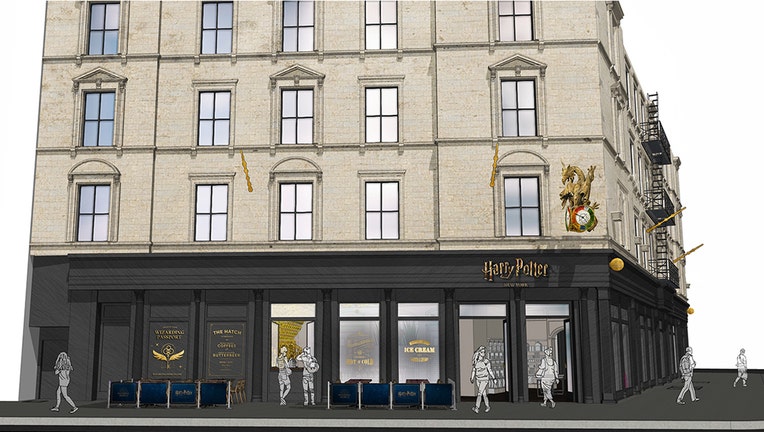 NEW YORK - Muggles and wannabe wizards will soon have a dedicated place in New York City to spend their money on all things Harry Potter.

Warner Bros. will be opening what it calling the "world's first official Harry Potter flagship store" in Midtown Manhattan this summer. The standalone store, called Wizarding World, will be located at 935 Broadway, a historic building that used to house Restoration Hardware.

Sarah Roots, a Warner Bros. tours and retail executive, said the company is "very excited" to be opening the store in New York.

"It's the ideal city in which to launch with so many dedicated Wizarding World fans, a cutting-edge retail environment and a community that embraces innovative experiences," Roots said in a news release. "This will be the largest dedicated Harry Potter store in the world and will become a must-visit fan destination where Harry Potter enthusiasts can engage with interactive experiences and numerous photo opportunities as they step into the magic." 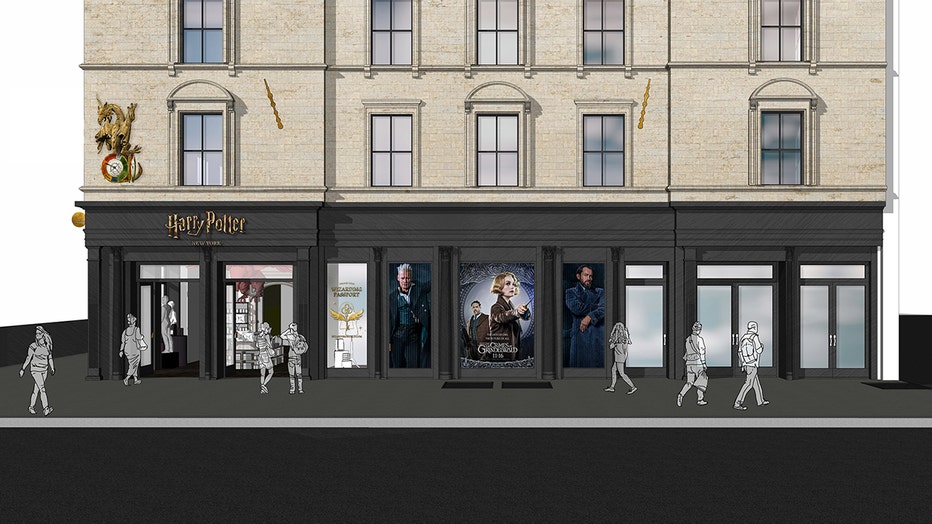 A committee from the local community board rejected the store's proposed design because of exterior signage that would be "inappropriate" for the landmarked building in the Flatiron District, The Wall Street Journal reported.

Warner Bros. released renderings of the proposed exterior design, which includes flagpoles that look like magic wands and a fiberglass dragon clock. The company's press release notes the store "imagery is not final and subject to change."

"Spanning three floors and over 20,000 square feet, the space will provide fans with a number of exciting retail experiences that evoke the magic of the Wizarding World," the press release reads. 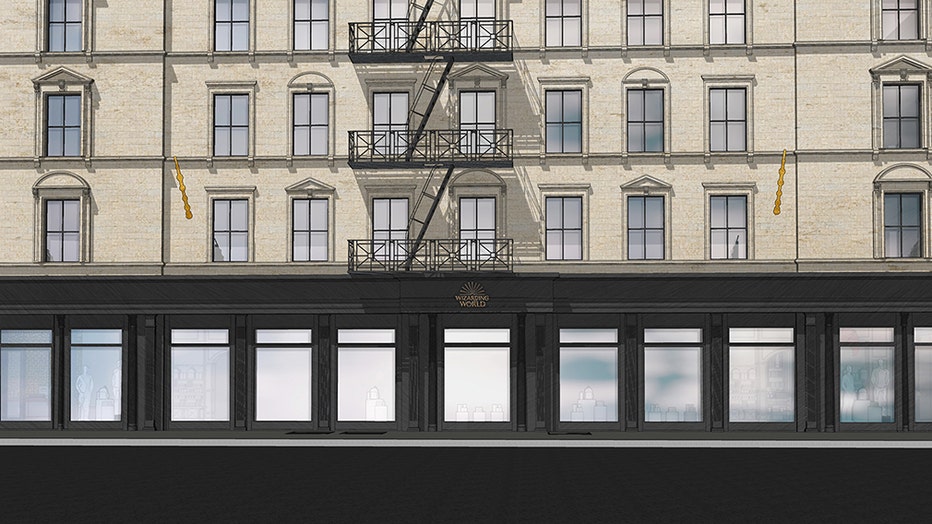