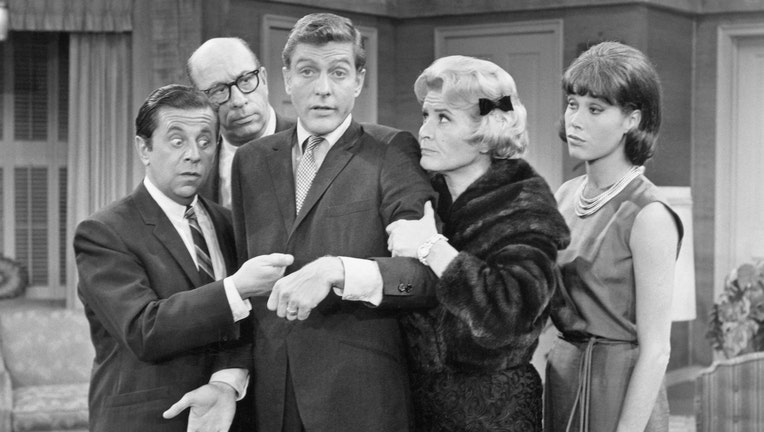 The legendary actor, singer and entertainer was born on Dec. 13, 1925, and so this December marks his big 96th birthday. While many know him best for his iconic work in movies like "Mary Poppins," "Bye Bye Birdie" and "Chitty Chitty Bang Bang" or perhaps his classic mystery series "Diagnosis: Murder," to others he will always be Rob Petrie — the affable lead character of "The Dick Van Dyke Show."

Centered on successful comedy writer Rob (Van Dyke) and his loving wife Laura (Mary Tyler Moore), the iconic 1960s series blends a classic domestic sitcom with a hilarious workplace comedy. That makes it an ideal showcase for Van Dyke, a perpetual showman who got his start as a radio DJ before making a splash as a Tony-winning Broadway star.

With its witty dialogue, goofy scenarios and masterful physical comedy, "The Dick Van Dyke Show" still feels just as fresh and funny today as it did 60 years ago.

'To celebrate Van Dyke’s birthday, here are six of the best episodes of "The Dick Van Dyke Show." Even better: All five seasons of the series are currently streaming (for free!) on Tubi.

This delightful flashback episode takes us back to the first time that Rob and Laura met, when he was a solider in the U.S. Army and she was a USO dancer. Far from love at first sight, they were more like oil and water. That lets Van Dyke and Moore play up a pricklier kind of chemistry than usual — even as they deliver an endlessly charming performance of "You Wonderful You." The fact that Van Dyke had actually worked entertaining the troops during World War II adds some meta fun to the sequence where Rob does the same here.

Nobody plays comedic panic better than Van Dyke. And this episode puts that quality front and center, when Rob’s young son Ritchie (Larry Mathews) asks where he came from. Rather than get too biological, Rob decides to tell the story of the day that Ritchie was born. Hilarious flashbacks reveal that Rob was the world’s most anxious dad-to-be — one who slept fully clothed so he’d be better prepared to dart off to the hospital at a moment’s notice. That means a fantastic showcase for Van Dyke’s stellar physical comedy skills.

This episode contains maybe the single most iconic image in the history of "The Dick Van Dyke Show": Mary Tyler Moore sliding out of a closet on a giant pile of walnuts. It’s a pitch-perfect climax to a hilarious riff on the sci-fi craze of the 1960s. Featuring a great guest turn from Danny Thomas and a kooky script from the show’s creator Carl Reiner, "It May Look Like a Walnut" is "The Dick Van Dyke Show" at its best — and weirdest.

Famed for earning one of the longest bouts of studio laughter in the show’s history, this flashback episode centers on Rob’s new-dad anxiety. Convinced his newborn son has been switched at birth, Rob sets out to solve the mystery of who his new baby actually belongs to. His feverish obsession builds and builds to a hilariously subversive bit of 1960s humor.

This screwball Carl Reiner-penned classic is (by the standards of the day) surprisingly sexy, centering on a romantic getaway for Rob and Laura that goes awry when Laura gets her toe stuck in the bathtub. Hijinks ensue.

Arguably the best episode of an all-time great series, "Coast to Coast Big Mouth" kicked off the show’s final season with a big, bald bang. During a TV appearance, Laura accidentally lets slip that Rob’s boss, celebrity Alan Brady, is bald. The stakes are high, the jokes come fast and furious and Moore and Van Dyke are at their very best.