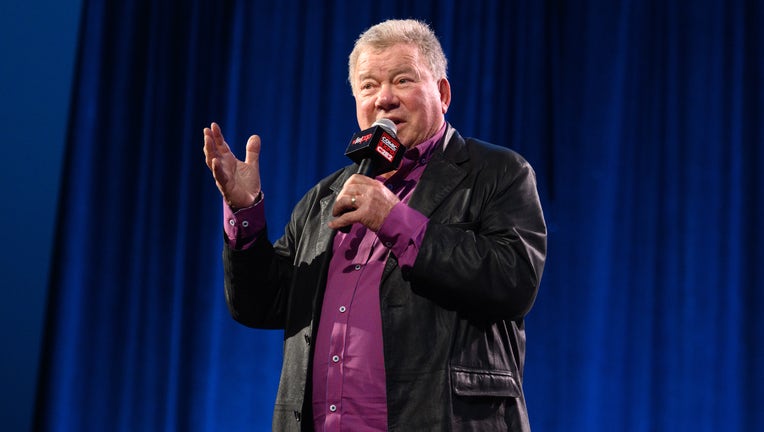 Shatner became a cultural icon for his portrayal of Captain James T. Kirk in the ‘Star Trek’ franchise, and he’s also acted in dozens of other feature films during his career that dates back to the 1950s. He even hosted his own late-night horror mini-series.

Tubi has several ‘Star Trek’ documentaries available to stream for free, as well as several films outside of the science fiction genre. If horror is up your alley, you can also catch up on his Full Moon Fright Night series.

Below is a list of top documentaries and films featuring the Hollywood star. You can see the full list here.

William Shatner hosts this exciting series, which includes interviews with the many talented actors who portrayed Star Trek captains.

William Shatner examines the cultural phenomena of Star Trek, its fan-following and his own role within it, in a documentary based on his book.

William Shatner chats with scientists, innovators, and celebrities about how the imaginative optimism of "Star Trek" influenced multiple generations.

Follow Kirk into the final frontier as he interviews the elite group of actors who have played fellow Starship captains in the Star Trek franchise.

All Access Pass: William Shatner - New Orleans (2016) - William Shatner is the subject of this Q&A as he boldly explains the laws of physics and gives insight into his favorite Star Trek episode ever.

A pistol-packing mother and her gorgeous daughters embark on a string of daring bank heists across Depression-era America in this cult classic.

Based on a true story, a team of mountain climbers retrace a colleague’s doomed trek up Everest and encounter triumphs and tragedies of their own.

A down-on-his-luck archaeologist plagued by visions of a bird-like creature must destroy a mysterious relic in a cave that contains a portal to Hell.

William Shatner's Full Moon Fright Night: Prison of the Dead (2002) - Spend the evening with William Shatner as he watches this spooky story of a group of young people forced to spend the night in a witches' prison.

William Shatner's Full Moon Fright Night: Killjoy (2002) - Host William Shatner unpacks this tale of a demonic clown loose in a city, and the three unlucky youths who must survive his menacing games.

William Shatner's Full Moon Fright Night: Sideshow (2002) - Join William Shatner for a laugh before he unveils a story of a traveling carnival full of human freaks who are looking for new recruits.