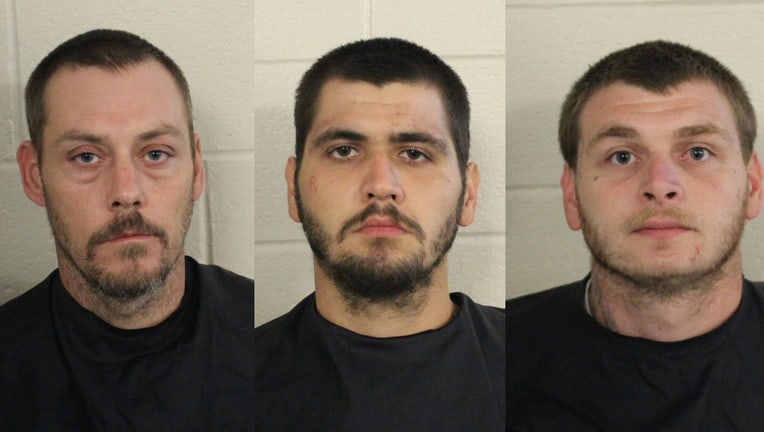 Robert John Criswell, 39, Kyle Dewayne Dover, 28, and Hunter Chase Hammitt, 23, were all charged with exploitation of the elderly.

Robert John Criswell, 39, Kyle Dewayne Dover, 28, and Hunter Chase Hammitt, 23, were all charged with exploitation of the elderly.

The Floyd County Sheriff's Office said they defrauded a woman from Armuchee out of $118,000 when she wrote them as many as 33 checks for various work that was occasionally incomplete, according to investigators.

"Trailers filled with pine straw, rogue tree surgeons and traveling paving companies will often exaggerate damage and embellish their skill level to give hope to victims who might only need small repairs," a sheriff's office spokesperson wrote in a press release. "In return for little or no work being done, these scammers often drive away with small fortunes."

The woman wrote several checks to the men and, in some cases, they would follow her to the bank for their cash.

The sheriff's office encouraged people to look after neighbors and elderly family members and contact investigators about suspicious activity.