The NYPD says several passengers on a party bus stopped in Brooklyn had guns.

NEW YORK - The NYPD took 40 people into custody early Friday after stopping a party bus that had was reported to have weapons on board.  11 adults and 3 juveniles ended up being arrested.

The bus was stopped around 12:30 a.m. on Front Street in the DUMBO section of Brooklyn.  Citizen App had a video of the incident.

The NYPD says that it had information from social media that the bus had armed passengers on board.

A large contingent of police officers stopped the bus and found eight guns.  At an afternoon press briefing, police said they did not have any information about any possible gang connections with the incident.

There were reports that the bus was chartered as part of an 18th birthday celebration but police would not confirm that information.

No information about possible charges was available. 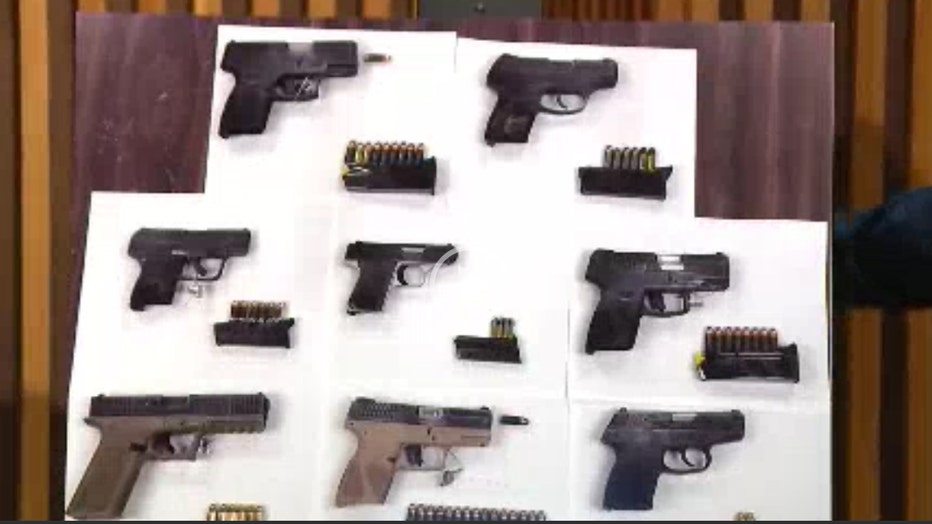