Two men calmly walked up to a parked car in Brooklyn and opened fire on the occupants as a security camera caught the entire incident.

NEW YORK - Security cameras caught a shocking attack in Brooklyn as two men calmly walked up to a parked car and opened fire on the people sitting inside it.

A 20-year-old man and a 19-year-old man were in a parked 2002 Honda Civic when two unidentified men walked up.

One man pulled a gun and pointed it at the car and then hesitated, waiting for his partner to pull his gun.  They then started shooting several times into the car before running away.

The victims were both hit in the hip and the car also had damage and shattered glass. The victims got themselves to Wyckoff Heights Medical Center.  They were listed in stable condition.

The NYPD was still on the hunt for the gunmen.  They were both wearing hooded sweatsuits and masks. 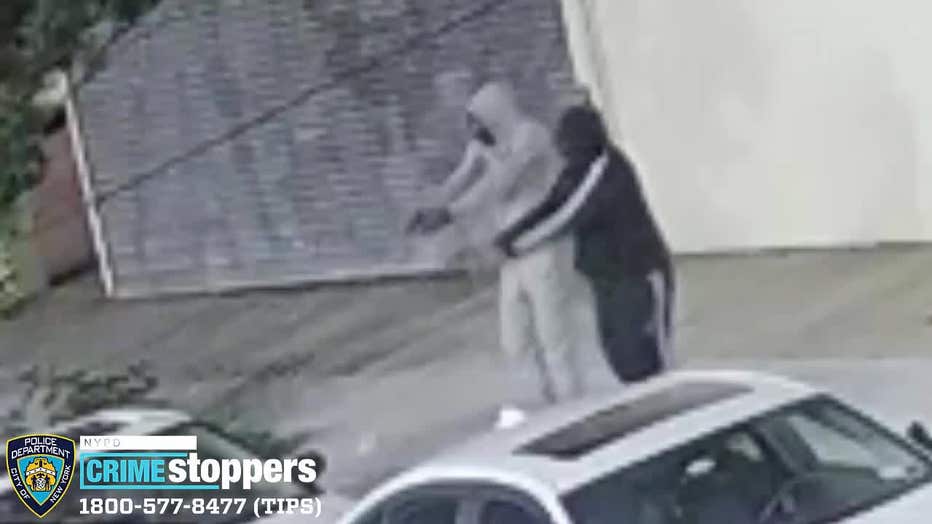