The NYPD wants to find the man who fired a gun at a man walking along a sidewalk in the HIghbridge section of the Bronx.

NEW YORK - The NYPD wants to find the gunman who shot a man as he walked along a street in the Bronx.

Video of the shooting was released by police. It happened on Aug. 24 at about 3:11 p.m. A man can be seen walking along University Avenue near 167th Street when a black sedan approaches. The gunman gets out of the vehicle and fires at the man, hitting him in the right leg. The gunman then takes off in the car.

The 21-year-old victim was taken to Lincoln Hospital in stable condition.

Anyone with information about the shooting is asked to call the NYPD's Crime Stoppers Hotline at 1-800-577-TIPS (8477). The public can also submit their tips by logging onto the CrimeStoppers website at WWW.NYPDCRIMESTOPPERS.COM, or on Twitter @NYPDTips or by texting their tips to 274637 (CRIMES) then enter TIP577.  All calls are strictly confidential, according to police. 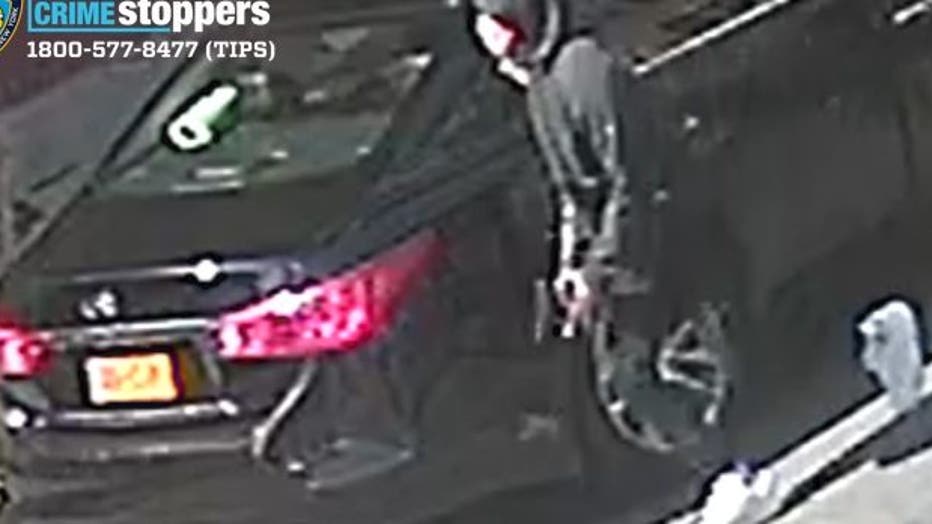