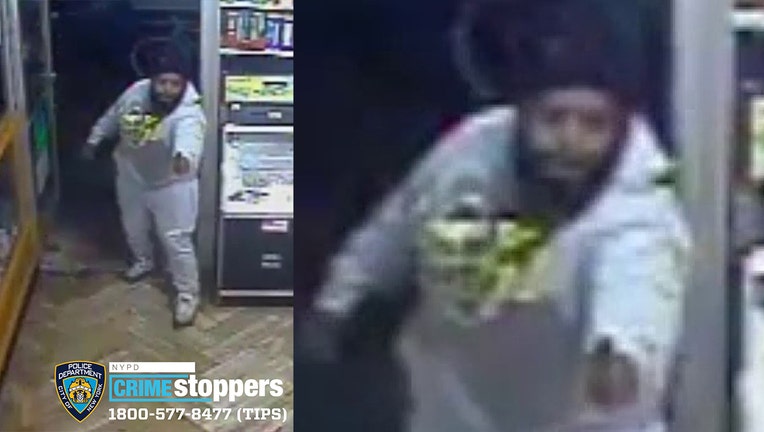 The NYPD said this man opened fire inside a bodega in Brooklyn, killing a woman and her dog, on Jan. 2, 2022. (Via NYPD)

NEW YORK - Police have arrested a suspect in the killing of a woman and her dog at a Brooklyn bodega back in January.

Authorities charged Namel Colon, 36, of Manhattan, with murder and criminal possession of a weapon, the NYPD announced on Tuesday.

Colon is accused of firing several shots into Salim Smoke Shop and Lottery Corp. on DeKalb Avenue in Clinton Hill on Jan. 2, striking Jennifer Ynoa, 36, who was at the counter, and her dog. Detectives believe Colon was actually aiming for someone else in the store and that Ynoa and her pit bull were caught in the middle, the NYPD has said.

Ynoa, who was hit in the torso, left a trail of blood as she exited the store. Her dog died on the sidewalk. EMS rushed Ynoa to Brooklyn Hospital but it was too late to save her life.