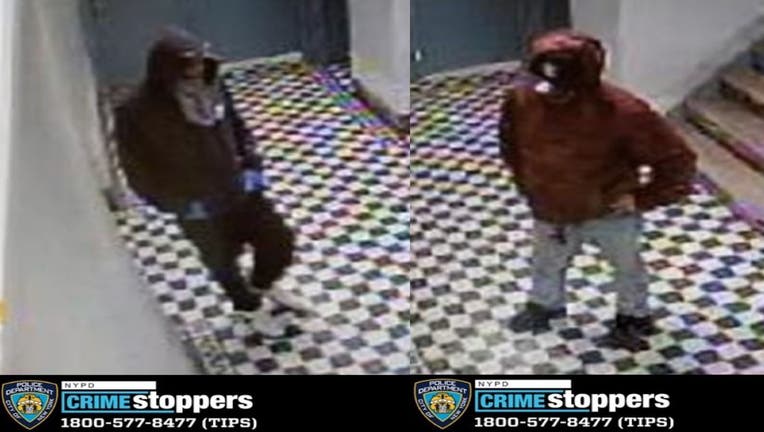 A pair of suspects wanted for robbing a 90-year-old man in Harlem after pushing into his apartment. (Credit: NYPD)

NEW YORK - The NYPD is hunting for a pair of gun-toting robbers who pushed their way inside of a 90-year-old man's apartment in Harlem and robbed him on Saturday.

According to authorities, the duo knocked on the victim's door just after 8 a.m. on November 6 at an apartment building on West 145th Street and Edgecombe Avenue.

When the man opened the door for the suspects, one displayed a gun and demanded the victim's money and cellphone while the other stood as a lookout.

The man gave the suspects $270 in cash and his phone and the men took off on foot.

The victim was not hurt in the robbery.