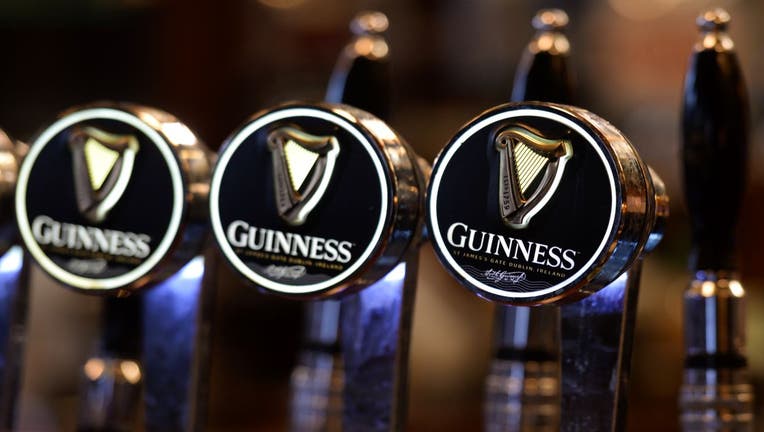 Guinness logos seen inside a pub in Dublin's city centre. On Thursday, November 26, 2020, in Dublin, Ireland. (Photo by Artur Widak/NurPhoto via Getty Images)

What’s better than mysteries and getting drunk?

New Year’s Eve is a big night for drinking, which likely is a statement that will still ring true in the countdown to 2021. But while the pandemic is causing many venues to alter or scale back their New Year’s Eve celebrations, some places are finding unique ways to make the holiday special.

The Guinness Open Gate Brewery in Baltimore will be releasing a new, mystery beer on New Year's Eve, the brewery confirmed on its Facebook page. The brewery also revealed that it would be celebrating New Year’s Eve in a very Irish way this year: According to its post, New Year’s Eve celebrations will begin at midnight, but not midnight in Baltimore — midnight in Ireland. Due to the difference in time zones, this means the Open Gate Brewery's "midnight" will take place at 7 p.m. in Baltimore.

The brewery will be closing at 10 p.m. on New Year’s Eve, making its Irish New Year's plans understandable. The facility will open again the following day at 10 a.m. for brunch.

"2020 is almost over," the post says, "and we can’t wait to celebrate! To mark the occasion, we’re releasing a new mystery beer on New Year’s Eve that’ll be available to take home through curbside pickup or in our retail store."

The post continues, "If you’d like to join us here at the brewery, we’ll be counting down to 7 p.m., or midnight in Ireland, with the special beer and a complimentary toast. Cheers to 2021!"

Baltimore's Guinness Open Gate Brewery is the first Guinness brewery to open in the United States since 1954.