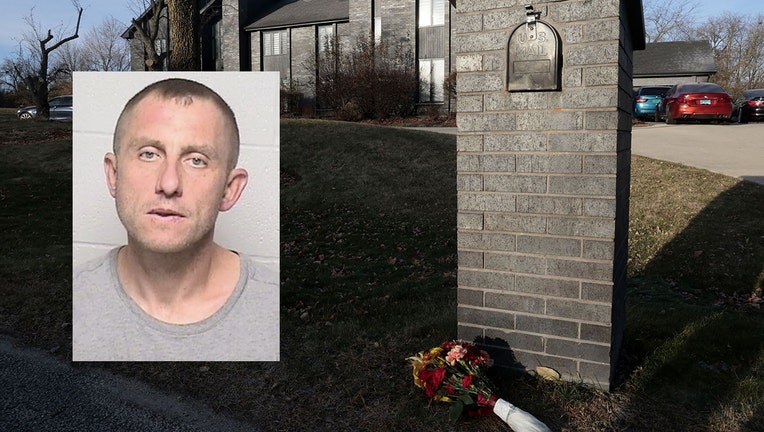 A bouquet of flowers outside the home, Dec. 1, 2022, where five people were found dead as a result of a âdomestic-related incidentâ Wednesday morning in the 2800 block of Acacia Terrace in Buffalo Grove, Ill., according to authorities. (Antonio Pere

The bodies of the girls were found along with those of two women and a man Wednesday inside the home in the Lake County village of Buffalo Grove, coroner Jennifer Banek said.

Andrei Kisliak allegedly stabbed his wife, their two young daughters, his mother and a family pet to death before killing himself, according to the Lake & McHenry County Scanner.

Banek said the completed autopsies show the cause of death is sharp force injuries.

The Buffalo Grove Police Department said officers were called to the single-family residence at about 11 a.m. Wednesday for a well-being check on a woman whose coworker became concerned when she did arrive at work. When no one answered, the officers forced their way inside and discovered the bodies, police said.

"It's devastating and traumatic as you can imagine," Police Chief Brian Budds said.

"On behalf of the men and women of the Buffalo Grove Police Department along with the entire Village board and staff, our sincerest and heartfelt condolences go out to the families of the victims of this tragic incident. Today is a very sad day for our community as we continue to process this unthinkable event," said Chief Budds.