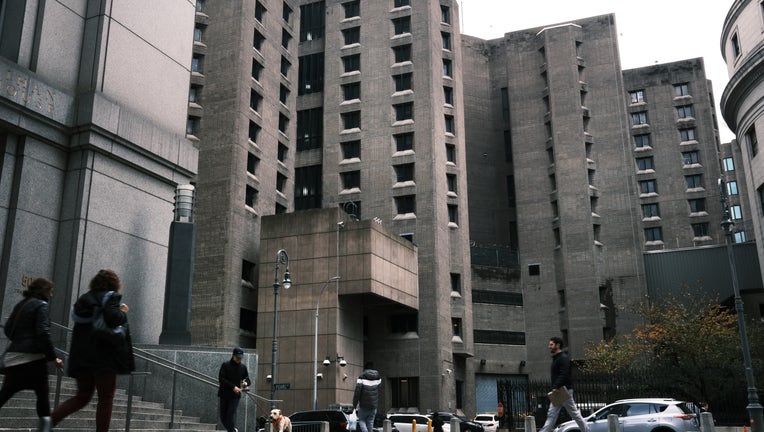 FILE - The Metropolitan Correctional Center, which is operated by the Federal Bureau of Prisons, stands in lower Manhattan. (Photo by Spencer Platt/Getty Images)

NEW YORK - A former correctional officer pleaded guilty Wednesday to sexually abusing a woman housed at the federal lockup in Manhattan — a facility that has drawn mounting criticism for security lapses such as the death last year of financier Jeffrey Epstein.

The officer, Colin Akparanta, admitted using his authority to coerce the inmate into sex acts in 2017. He pleaded guilty to felony counts of abusive sexual contact and deprivation of civil rights.

Akparanta agreed to pay restitution to more than a half-dozen inmates he was accused of abusing during his tenure at the Metropolitan Correctional Center, a jail that houses some of the highest-profile inmates in the country.

Epstein's suicide last summer drew attention to chronic staffing shortages and other security concerns at the MCC. The jail remained locked down Wednesday for a seventh consecutive day as authorities sought to determine whether someone smuggled a gun inside the facility.

Akparanta was charged with touching women's breasts and genitalia and, with at least one victim, smuggling contraband female products into the jail in exchange for the “continued performance of sexual acts,” according to an indictment filed in U.S. District Court.

“In an effort conceal his unlawful conduct, Akparanta told at least one of the victims not to tell anyone because no one would believe her," according to the the indictment.

Assistant U.S. Attorney Lara Pomerantz said some of the abuse occurred in solitary confinement cells and in a part of the jail known as “the bubble,” an area outside the view of security cameras.