Tailgate party goes up in flames in Miami

MIAMI GARDENS, Fla. - Nearly a dozen vehicles went up in flames in the parking lot of Hard Rock Stadium during a Miami Dolphins game this weekend. Investigators think the blaze started in the area of a pre-game tailgate party, according to WSVN 7News.

Images from the scene showed multiple cars fully engulfed in flames as onlookers stood by.

Police later said it appeared that someone pushed a grill underneath a vehicle, which then caught fire and ignited several cars. 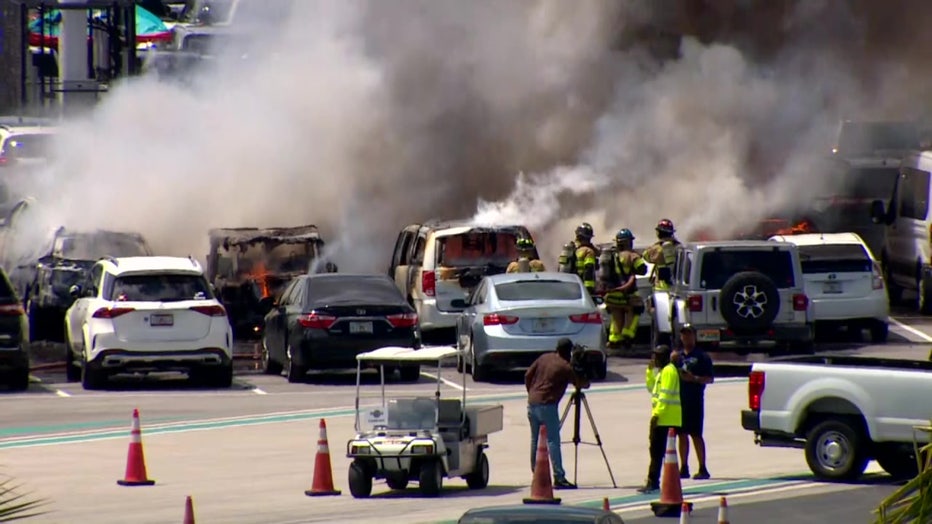 The fire started after most people had gone inside the stadium to watch the Dolphins play the New England Patriots. 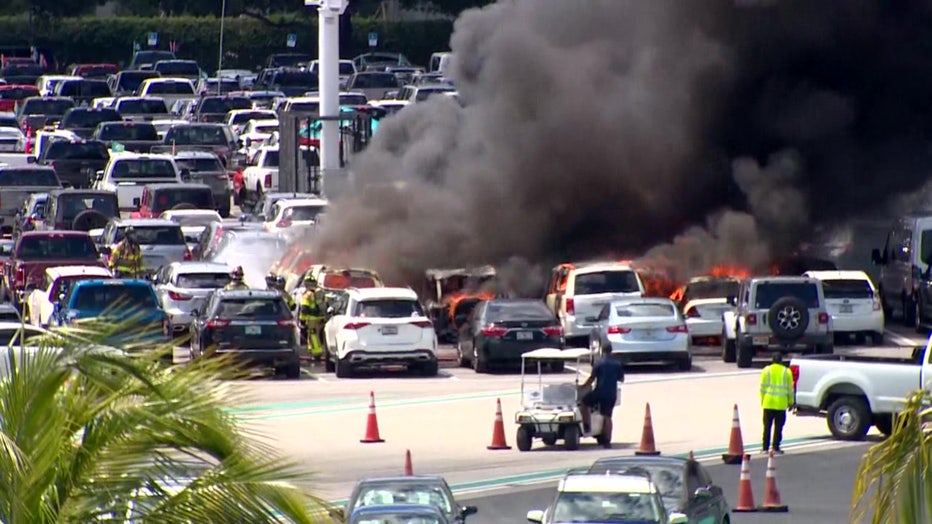 Those outside said they could see huge plumes of black smoke coming from the parking lot and reported hearing pops as tires exploded.

WSVN reports it took firefighters more than 30 minutes to knock down flames that destroyed 11 vehicles.

The fire was ruled accidental. 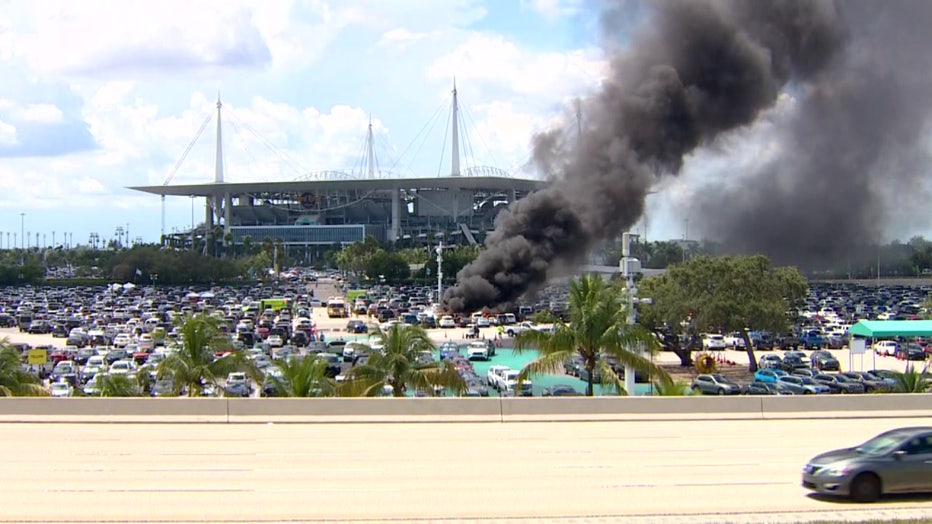