The mother of a Black student is stunned and outraged over the picture she says a white teacher sent her with that teacher's foot on her son's neck.

GREENVILLE, Texas - The mother of a Black student is stunned and outraged over the picture she says a white teacher sent her with that teacher's foot on her son's neck.

Greenville ISD in Hunt County confirms the picture was taken at an elementary school Tuesday. The district calls it "staged," but it has suspended the teacher while it investigates.

The teacher is on leave following the incident. The family and others in Greenville want her fired for putting her foot on a student’s neck.

A 10-year-old Black student at Lamar Elementary School in Greenville was seen in a picture with a foot on his neck.

The boy’s mother says his white teacher texted it to her Tuesday.  The foot in the photo is the teacher’s, according to the family. 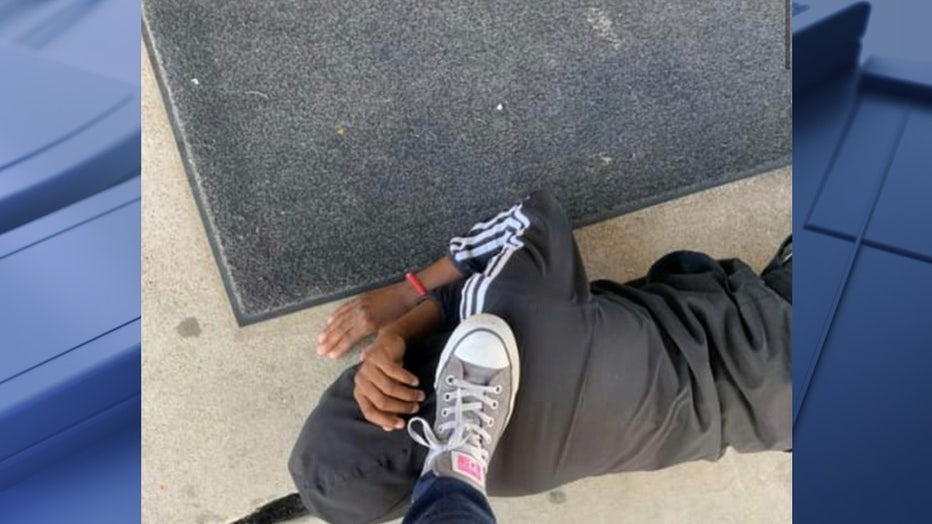 Lakadren Moore is the boy’s aunt. She says the picture was sent shortly after the verdict was read in the Derek Chauvin trial.

Moore says her nephew told them the teacher called him out for acting out in class. The family says the teacher told the boy if he didn’t get his work done she would put her foot on his neck.

According to the family, the boy and other students said she would not and he got on the ground and that’s when the picture was taken.

The school district confirmed the picture is authentic, calling it a "staged photo." But the superintendent would not confirm the family's account of events.

Tuesday, parents got a letter from Greenville ISD Superintendent Dr. Demetrus Liggins saying the incident is being investigated.

"I was highly disgusted by it without having any additional information," he said.

Dr. Liggins says he’s unsure if the teacher will be fired.

"At this point, I don't have all of the details of what occurred. So I can’t speak to that. So it will ultimately be my decision," he said. "So I really have to get the final details of what actually occurred and make a decision based on that."

The teacher is on administrative leave pending the outcome of the investigation.

Derrick Jackson, the boy’s uncle, says it’s not about race.

"If my nephew was white and she was Black, it still wouldn't have mattered," he said. "It was wrong. You don't play like that."

The family says the boy did not go to school on Wednesday.

The school board had a regular meeting Tuesday, so it’s unclear if the issue will come up at next month’s board meeting.