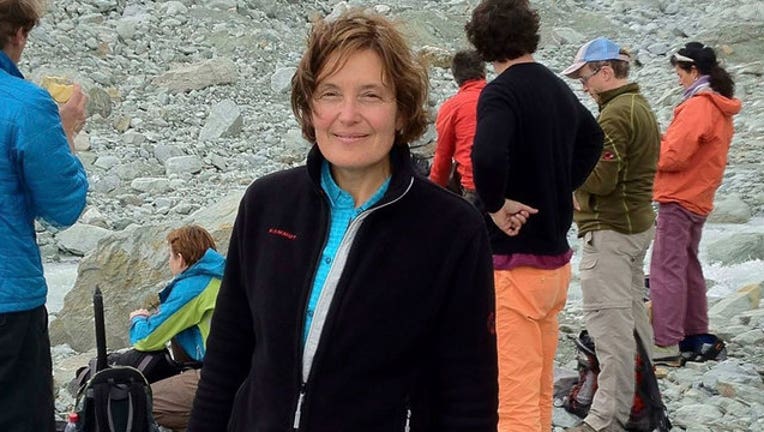 ATHENS, Greece (AP) - A Greek man has been detained for questioning in the slaying of an American scientist on the island of Crete, police said Monday.

Authorities said the 27-year-old man detained Monday was one of 10 people interviewed over the weekend for the investigation of Suzanne Eaton's slaying. He was not named in accordance with Greek law.

Eaton, a 59-year-old molecular biologist, was attending a conference on Crete when she went missing on July 2. Her body was found six days later in an abandoned bunker used by the Nazis during World War II to store explosives.

A coroner has said her death resulted from a criminal act but did not elaborate.

The detained man, police said, was being questioned in the port city of Chania in connection with the killing.

Homicide detectives traveled from Athens to the island to head the investigation. Police and Fire Service officials had taken part in an extensive search for Eaton, who is believed to have gone for a run before her disappearance.

Eaton was from New York state but had been living and working in Germany at the Max Planck Institute in eastern city of Dresden. In messages on the Institute's website, her brother, Rob Eaton, described his sister as kind and intelligent.

"I have lost a sister. The world has lost more than it will ever know," he wrote. "I will miss our animated conversations. I would always walk away with a head full of new ideas and enthusiasm. Most of all I will miss the kindest, wisest person I will probably ever know."