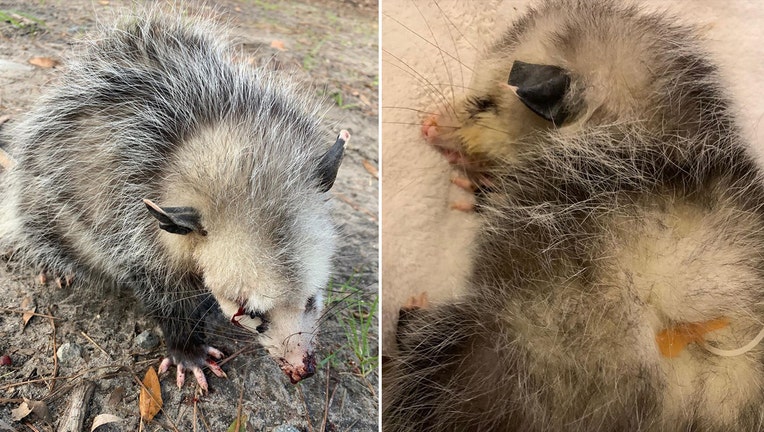 The group said they believe Scarlett was getting a drink of water when she was attacked.

"She’s only 2 pounds and still has baby teeth. It’s hard to imagine why she was attacked so viciously," they wrote on Facebook.

Volunteers said there were no teeth marks and no road rash, which means the opossum was not attacked by another animal or hit by a car, WTOC reports.

The South Carolina Department of Natural Resources told FOX Carolina they are investigating the incident, though they say they have not been able to verify that the opossum was injured by golf clubs since there were no witnesses.

The rescue says Scarlett has a long road to recovery, but is doing "as well as expected." She is now in the care of a trained rehabber.

Anyone with information is asked to call the state's Operation Game Thief hotline at 800-922-5431.