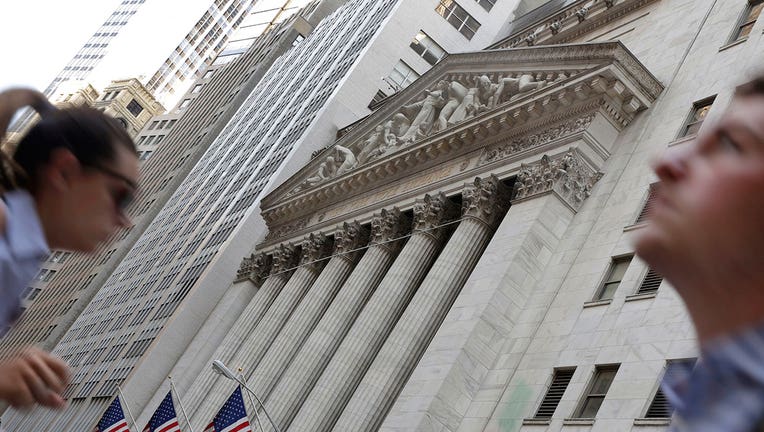 NEW YORK - And back down goes the U.S. stock market.

The S&P 500 sank more than 2% in early trading Thursday as the market swung back to fear about the effects of a fast-spreading virus in its latest yo-yo move. Just a day earlier, the index had soared 4.2%, in part on hopes that more aggressive moves by governments and central banks around the world could help contain the economic fallout.

Get used to these kinds of swings, which will likely continue as long as the number of new infections continues to accelerate, many analysts and professional investors say.

In China, where the number of new infections has been slowing drastically, Shanghai-traded stocks have rallied nearly 12% since hitting a bottom on Feb. 3. They’re just 1.6% away from wiping out the last of the losses they’ve sustained since the new virus began to spread late last year.

Factories in China are gradually reopening, and a return to a sense of normal life may even be on the horizon following swift and severe actions by the government to corral the virus.

But elsewhere in the world, the mood is much darker. There are about 17 times as many new infections outside China as in it, according to the World Health Organization. Widening outbreaks in South Korea, Italy and Iran are responsible for the majority of new infections.

Losses were widespread, and all but four of the 500 companies in the S&P 500 index are down. Financial stocks had the sharpest losses, and all 11 sectors in the S&P 500 were down at least 1.7%.

Asian stock markets started Thursday off higher, riding the wave of optimism and hope that sent the U.S. market higher on Wednesday. U.S. congressional leaders reached a deal on a bipartisan $8.3 billion spending bill to battle the coronavirus outbreak, and the Bank of Canada followed up on the Federal Reserve’s surprise cut to interest rates the day before with its own. Health care stocks got a particularly big boost after victories by Joe Biden in state primaries launched him into contender status for the Democratic presidential nomination with Bernie Sanders. Many investors see Sanders’ health care plan as damaging to the industry’s profits.

Several measures of fear in the market clenched tighter. Treasury yields fell, with the 10-year yield falling toward another record low. It sank to 0.93% from 0.99% late Wednesday.

Shorter-term Treasury yields fell even more sharply as traders increase bets for more rate cuts by the Federal Reserve to try to limit the economic damage. The two-year Treasury yield fell to 0.56% from 0.62%.