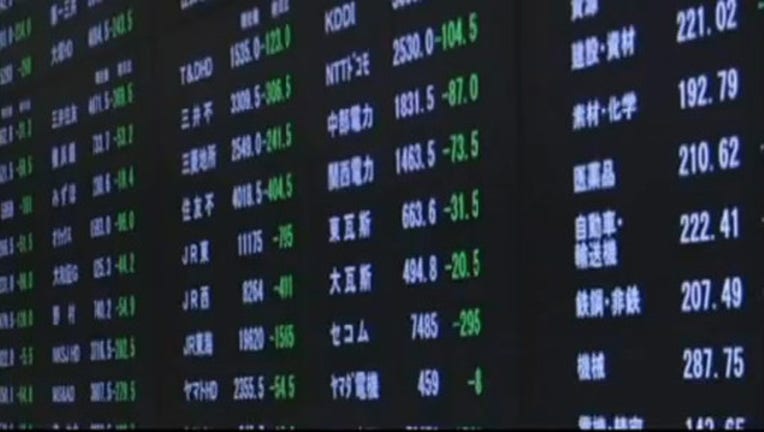 European markets recovered almost all their losses from Monday, with most rising at least 4 percent, while U.S. stocks were expected to open higher and oil prices traded higher.

Hours after China's Shanghai stock index slumped to close 7.6 percent lower -- adding to Monday's 8.5 percent loss and taking the benchmark to its lowest level since Dec. 15 -- the central bank swung into action.

It cut its interest rates for the fifth time in nine months in a renewed effort to shore up economic growth. The central bank lowered the benchmark rate for a one-year loan by 0.25 percentage points to 4.6 percent and the one-year rate for deposits by a similar margin to 1.75 percent.

The bank also increased the amount of money available for lending by reducing the minimum reserves banks are required to hold by 0.5 percentage points.

The move came as Beijing appeared to be abandoning a strategy of having a state-owned company buy shares to stem the market slide.

Analysts say that while Tuesday's actions by the central bank may calm the stock market turmoil for now, the country faces a long period of uncertainty that will create more volatility.

"The Chinese economy is going to be on this bumpy road for a while and it will have ebbs and flows that will no doubt have a serious impact on the global economy," said Kamel Mellahi, professor at the Warwick Business School.

"What we are seeing now is a dress rehearsal of things to come."

In morning trading in Europe, France's CAC-40 jumped 4.3 percent after tumbling 5.4 percent Monday while Germany's DAX was up 4.1 percent after dropping 4.7 percent the day before. Britain's FTSE 100 was 3.3 percent higher.

Dow Jones and S&P 500 index futures were both up 3.7 percent, an indication the U.S. market is set to open higher.