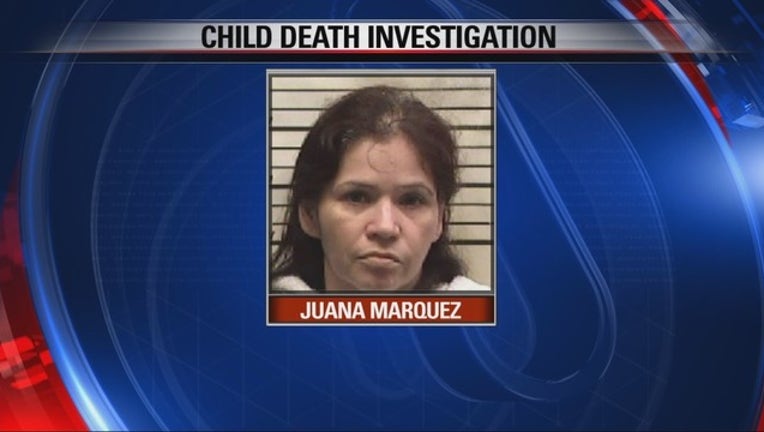 CORSICANA, Texas (AP) — Police say a woman has been arrested after a young girl south of Dallas accidentally scalded herself with boiling water and died when the woman failed to seek medical care for the child.

Police in Corsicana said in a statement Monday that the girl, believed to be 4 years old, suffered burns to much of her body when she pulled a pot of boiling water from a stove Saturday.

Authorities say a woman at the home tried to treat the child herself and didn't call for an ambulance. The woman notified police about 12 hours later when the child became unresponsive.

The woman, identified by the Corsicana Daily Sun as 42-year-old Juana Marquez, was being held Tuesday at the Navarro County jail on a charge of endangering a child.

Online jail records don't indicate whether she has attorney to speak on her behalf.

Her relationship to the child wasn't immediately clear.