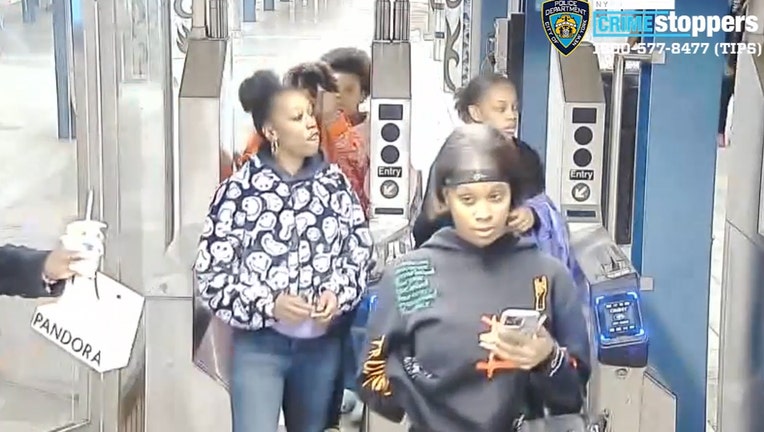 The NYPD is looking for 5 suspects in an attack and robbery of a girl in a NYC subway station.

NEW YORK - A 15-year-old girl was pushed to the ground, punched, kicked, and robbed in a Queens subway station.

The NYPD says it happened just after 3 p.m. Thursday in the mezzanine level of the Woodhaven Boulevard 'R' line subway station.

The girl was approached by five females.   They attacked her in the head and body before grabbing her wallet and leaving the station.

The victim's wallet contained a debit card and identification documents.  Later in the day, someone made two unauthorized purchases on her debit card.

The New York City Police Department is asking if anyone can identify any of the suspects to give them a call.  There is a reward in the case.