Search for suspect who rubbed penis on girl

The NYPD says it wants to find the man seen in this video after he rubbed his penis on the foot of a sleeping girl in Manhattan.

NEW YORK - The NYPD is investigating a shocking incident involving a man who broke into a girl's room in Lower Manhattan and rubbed his penis on her feet.

The 10-year-old child was sleeping in her home along Broadway and Bond Street on Saturday at about 1 a.m. when she woke up to the man in her room. After touching her, the suspect fled. The girl was not injured.

Police released a video of the man riding a bicycle in front of 149 Bleecker Street.

The suspect is described by police as dark-skinned, with a medium build and dreadlocks. He was last seen wearing a multi-colored t-shirt, black jeans, white sneakers, and a white mask.

Anyone with information in regard to this incident is asked to call the NYPD's Crime Stoppers Hotline at 1-800-577-TIPS (8477). The public can also submit their tips by logging onto the CrimeStoppers website at WWW.NYPDCRIMESTOPPERS.COM, on Twitter @NYPDTips. 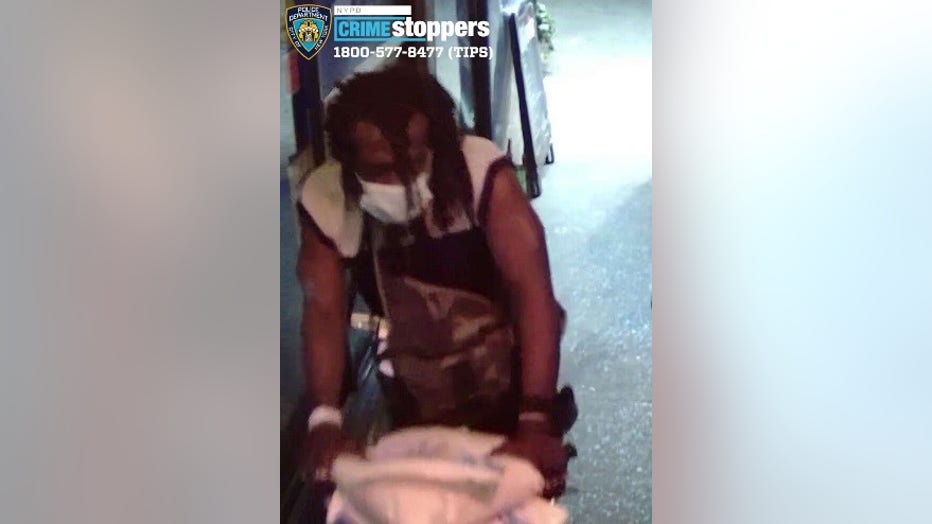 The suspect is described by police as dark-skinned, with a medium build and dreadlocks. He was last seen wearing a multi-colored t-shirt, black jeans, white sneakers, white mask.