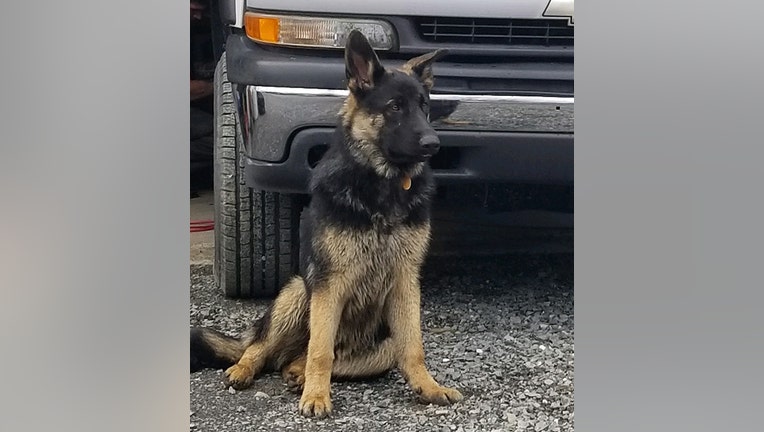 NEW YORK - Police in the Hudson Valley are investigating the shooting death of a dog that may have run away from home.

A local resident found the body of a German shepherd near the shoulder of Silvernails Road in Gallatin on Feb. 2, New York State Police said. The resident contacted the town's animal control officer, who noticed that the dog had a bullet wound.

State troopers responded and learned that the dog's owners live about 6 miles away on Stissing Road. The 2-year-old German shepherd, named Duke, was known to wander away from home, police said.

The New York State Humane Association is offering a $1,000 reward for a lead that results in an arrest and a conviction.

If you have any information about whoever shot and dumped the dog, contact State Police Investigator Melilli at 845-677-7379. The case number is 9410146.

Gallatin, in Columbia County, is about 100 miles north of Midtown Manhattan.