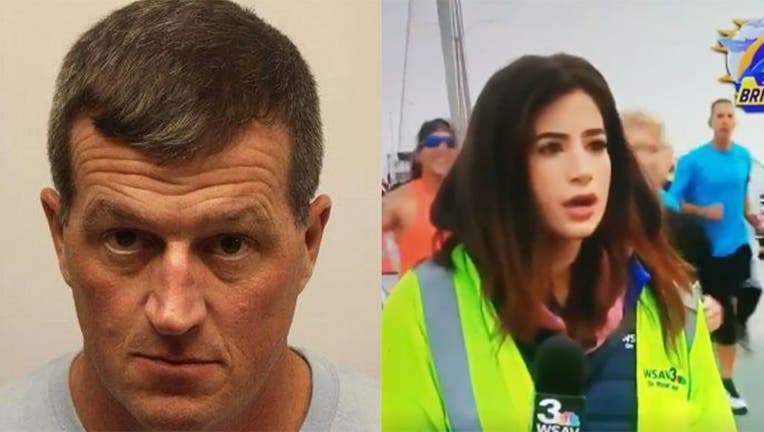 Thomas Callaway, a 43-year-old youth minister from Statesboro, was charged Friday with sexual battery, a misdemeanor, after slapping a reporter's rear on air.

SAVANNAH, Ga. - A Georgia man who was seen slapping a female reporter’s rear on live TV pleaded guilty Tuesday to a misdemeanor charge of sexual battery.

Thomas Callaway was sentenced to a year on probation and fined $1,000 after entering his plea, according to records filed in Chatham County Recorder’s Court. The judge also ordered him to perform 200 hours of community service.

Callaway, 44, was arrested and charged in December after he was caught on camera swatting the rear end of WSAV-TV reporter Alex Bozarjian as she was reporting live on a Savannah road race. Callaway was running in the race and reached out to strike a stunned Bozarjian as he passed her.

A video clip of the incident was viewed millions of times on social media.

Under Georgia law, sexual battery is punishable by up a year in jail.

Before his arrest last year, Callaway gave an on-camera apology and said he never intended to slap the reporter’s rear. He said he was raising his arm trying to pat her on the back or the shoulder and did not realize until seeing the video that he had touched her buttocks.

“All I really hope is that, going forward in the future, he will do better,” Bozarjian told WSAV-TV after court Tuesday.

“While I understand that this has probably disrupted his life more than he ever imagined,” she said, “nobody has a right to touch anybody or slap anybody for their own amusement.”