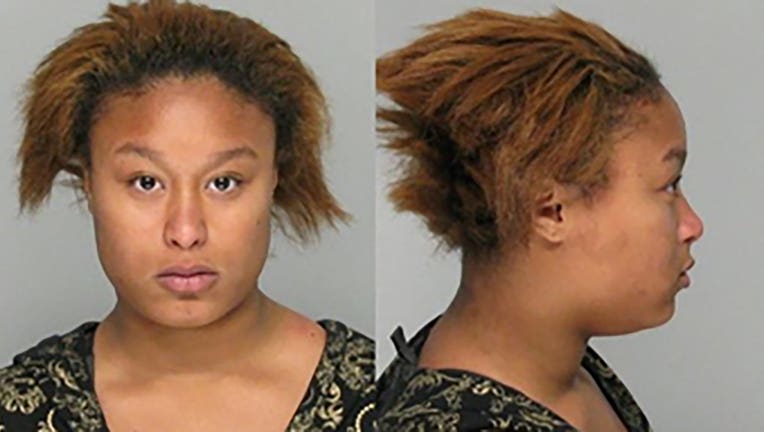 Brittany Kennedy, 25, is wanted for battery in the brutal assault of another woman this week at a Little Caesars restaurant in Augusta. (Richmond County Sheriff’s Office.)

AUGUSTA, Ga. - After a week-long search by police, a woman seen on video attacking another woman at an Augusta Little Caesars restaurant is in custody.

Kennedy has been wanted on charges of battery since May 17 after deputies responded to the restaurant in reference to a fight in progress.

According to officials, the fight took place after Kennedy allegedly confronted 22-year-old Emily Broadwater at the Little Caesars, pulling a chair out from under her.

Cell phone video of the incident captured Kennedy allegedly grabbing Broadwater by her hair and punching her in the head. At one point in the recording, a child wearing a pink bow appears to grab at the victim and you can hear someone shout, "Move the baby! Move the baby!"

Later, the footage shows Kennedy dragging Broadwater by her hair and throwing her on the ground outside of the restaurant. She then stomps on the victim's head at least two times, according to the video.

"My baby!" Broadwater cries in the video as she gets up, her face covered in blood. Nowhere in the video shows anyone else at the restaurant trying to help break up the fight.

Crime Online reported that Kennedy had attacked Broadwater when she learned that the father of her child had been hanging around with the younger woman while Kennedy was in jail.

"All I did was help a friend out with his kids while his baby mama was locked up. She has been harassing me for weeks now," Broadwater allegedly wrote on Facebook.

Kennedy has been charged with aggravated assault, kidnapping, and second-degree criminal damage to property.