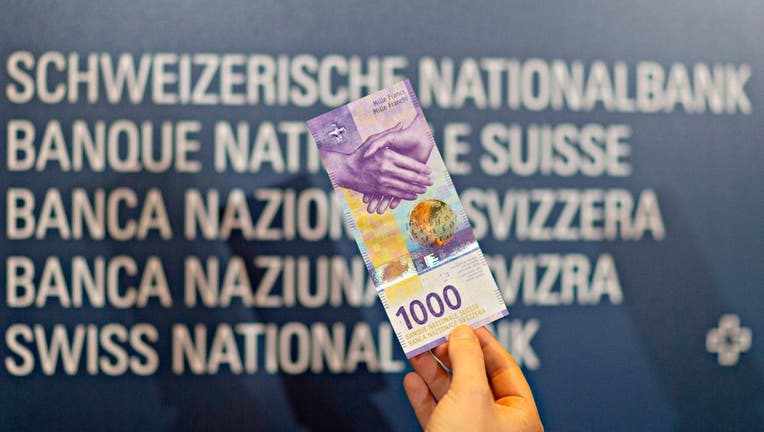 Geneva has voted to raise the minimum wage to 23 Swiss francs, which is roughly the equivalent of $25 USD, and is believed to be the highest minimum wage in the world, according to the Geneva Trade Union Action Community.

The vote to increase the minimum wage took place on Sept. 27, with 58% to 41% in favor of the change, according to government data collected on the Republic and Canton of Geneva.

“This is a historic victory, which will directly benefit 30,000 employees, two thirds of whom are women,” the Geneva Trade Union Action Community said in an English translation of the statement.

"This result shows that a majority of Genevans are no longer fooled by blackmail for employment and the soothing discourse of the right and employers on social partnership," added Davide De Filippo, president of the Geneva Union of Union Action.

As the rest of the world continues to battle economic woes brought on by the COVID-19 pandemic, the increase in minimum wage, while federally contested in the United States, could be the new norm once the economy recovers.

The U.S. federal minimum wage is currently $7.25 an hour, which has not been raised since 2009. Many states and localities have raised their own minimum wages as a result.

Three states — California, Massachusetts and Washington — as well as Washington D.C., have a minimum wage greater than $12.50, according to the non-partisan, nonprofit Economic Policy Institute.

RELATED: Unemployment claims at 870,000 as fraud and backlogs cloud data

More than 20 states, including Indiana, Georgia and Texas, currently have a minimum wage less than or equal to the federal level of $7.25.During a virtual town hall in April with Charles Payne, host of FOX Business' America Works Together, Mark Cuban posited that a minimum wage increase was unavoidable.

"We’re going to go through a reset. It’s really difficult to know what America 2.0 is going to look like, particularly at the beginning, and so all businesses of all sizes are going to be reevaluating," Cuban said. "I really prefer small government and small intrusions but now it’s going to be a little bit different. I think we’re going to have to extend unemployment benefits, we may have to see a federal minimum wage [hike]."

People are still struggling to find work and unemployment is reaching historically high figures across the pond in the U.S. In a recent study conducted by the Pew Research Center, at least half of Americans who lost their jobs during the COVID-19 pandemic were able to find new jobs or were able to return to old ones.

Trump and Biden speak on the state of the U.S. economy.

RELATED: Study: Half of Americans who lost jobs amid COVID-19 pandemic remain jobless

Democrats and Republicans are continuing their talks on a stimulus deal as Election Day draws near and investors are seeing a higher probability for a big stimulus package if Democrats sweep the elections, which Wall Street sees as a likelier possibility than before.

The Federal Reserve’s chair, Jerome Powell, has repeatedly urged Congress to provide additional aid, saying the Fed can't prop up the economy by itself, even with interest rates at record lows.“The expansion is still far from complete,” Powell said in a speech to the National Association for Business Economics, group of corporate and academic economists.

“Too little support would lead to a weak recovery, creating unnecessary hardship for households and businesses. Over time, household insolvencies and business bankruptcies would rise, harming the productive capacity of the economy, and holding back wage growth.”