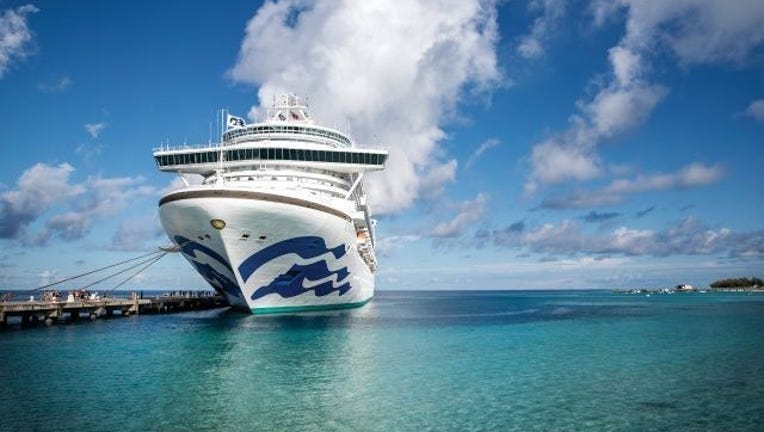 A handout photo from Princess Cruises shows one of the company's ships.

NEW YORK - A Caribbean Princess cruise was cut short following a gastrointestinal outbreak aboard the ship caused it to be denied entry to at least one island before it headed to its home port in Fort Lauderdale, Florida, on Monday.

At least 299 passengers and 22 crew members aboard the ship operated by California-based Princess Cruise Lines Ltd. became sick, according to a statement from the U.S. Centers for Disease Control and Prevention.

A spokeswoman for Princess Cruises said she did not have an immediate comment on the situation.

Meanwhile, the Health Ministry of Trinidad & Tobago said in a statement that it denied the ship entry as a precautionary measure given the outbreak.

The ship was carrying more than 3,000 passengers and more than 1,100 crew members. It was on a two-week trip that began Feb. 2 and was scheduled to end Feb. 16.

The CDC says the crew has increased cleaning and disinfection on the ship and issuing daily reports on the illnesses to federal authorities.

The crew is also collecting stool specimens from passenger and/or crew gastrointestinal illness cases and sending specimens for testing.

Princess Cruises says the ship will have a "super sanitation" cleaning in port.